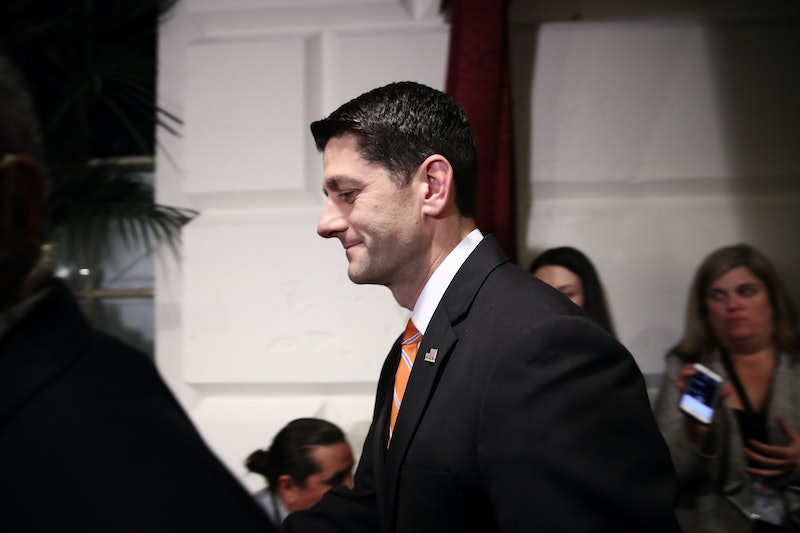 According to a report from Robert Costa of the Washington Post, President Trump has reportedly pulled the AHCA bill, averting the legislation coming to a vote in the House of Representatives. It's a high-profile and dramatic turn of events, one which could have severe political ramifications for the GOP ― the promises and pledges to repeal Obamacare, made over and over again over the last seven years, appear (for now at least) to be dead.

According to Costa, who spoke to Trump by phone and got confirmation of the bill being pulled, the president commented that he doesn't blame Speaker of the House Paul Ryan for the bill's failure. By the time 3:30 p.m. ET rolled around, which was when the vote was meant to take place, it became clear that things weren't on schedule. Mere minutes later, Costa broke the news, and the AP subsequently confirmed.

It's unclear what the next step is for the Republican effort to repeal Obamacare. The night prior to the scheduled vote, Trump reportedly threatened to abandon any further efforts on Obamacare repeal if the AHCA didn't get through. Suffice it to say, this is a massive failure on Trump's first-ever attempt at guiding signature legislation through the Congress, despite Republican majorities in both the House and Senate.

According to Costa, Trump says he doesn't intend to return to health care negotiations with the GOP, and even teased the possibility of trying to work with the Democrats to get something passed.

Similarly, Trump reportedly told Maggie Haberman of the New York Times that he intended to blame the Democrats if Obamacare "explodes," and expects they'll be ready to deal.

It's undeniable that Obamacare suffers from some issues that the Democratic Party under Obama was unable to reform by virtue of blanket refusal on the part of the GOP. It's also true that the Trump administration has already weakened the crucial individual mandate portion of the law via executive order, which means it's more likely to suffer future problems. In other words, while the bill may have died, Trump has already put his thumbprint on the ACA, and in a way that hurts the law rather than helps. Trump is reportedly planning to speak about the bill's withdrawal from the Oval Office.

In short, if Obamacare encounters problems down the line, you can anticipate that Trump will blame the Democrats and try to exact maximum political advantage, despite his own deep involvement in weakening the law. He's basically admitted as much ― he claimed that would be the best political strategy even while AHCA negotiations were ongoing.