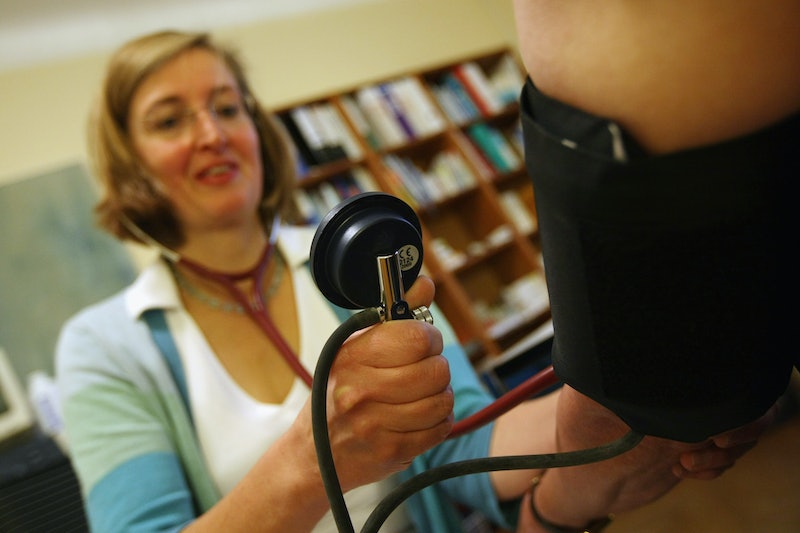 On Thursday, after several failed attempts and much last-minute jockeying, Republicans narrowly passed a bill in the House of Representatives to repeal Obamacare. If the American Health Care Act becomes law, it will likely strip health insurance from around 24 million people, largely by cutting federal subsidies for health insurance. However, thanks to a little-noticed provision in the bill, the AHCA could hurt you even if you have health insurance through your employer.

The reason for this is a bit complex, but it stems from an amendment to the bill that allows states to opt-out of minimum coverage requirements. Health policy experts told the Wall Street Journal that this provision could indirectly exempt large employers from those coverage requirements as well.

Obamacare prohibits employer-based insurance plans from placing annual and lifetime limits on 10 types of health services, known as the Essential Health Benefits; these include things like emergency services, maternity and pregnancy care, hospitalization, lab and outpatient services, and more. This is effectively a nationwide requirement: Although employers technically have the freedom to adopt any state's minimum coverage requirements, this is essentially a meaningless distinction, because all states are bound by the same requirements.

This loophole would only apply to large employers; smaller ones would not be allowed to adopt other states' guidelines. Nevertheless, the effect would be huge: An estimated 86 percent of Americans with private insurance receive it through plans provided by large employers, according to the Brookings Institution. That's 110 million people who, if the AHCA becomes law, will suddenly see strict limits placed on the health services they're allowed to receive.

The AHCA, however, is not law yet, and it may not ever become law. The bill faces longer odds in the Senate than it did in the House, and Senate Republicans have already said that rather than considering the AHCA as passed, they'll be writing their own bill from scratch in hopes of coming up with something that can win Senate passage. Whether a bill will eventually emerge from the Senate, and what that bill might include if it does, is very much a mystery at this point.

Nevertheless, it's quite possible that the bulk of the AHCA will be passed by the Senate and signed into law by President Trump. And if it does, over 100 million Americans who get health care from their employers might experience sharp cuts to their benefits.