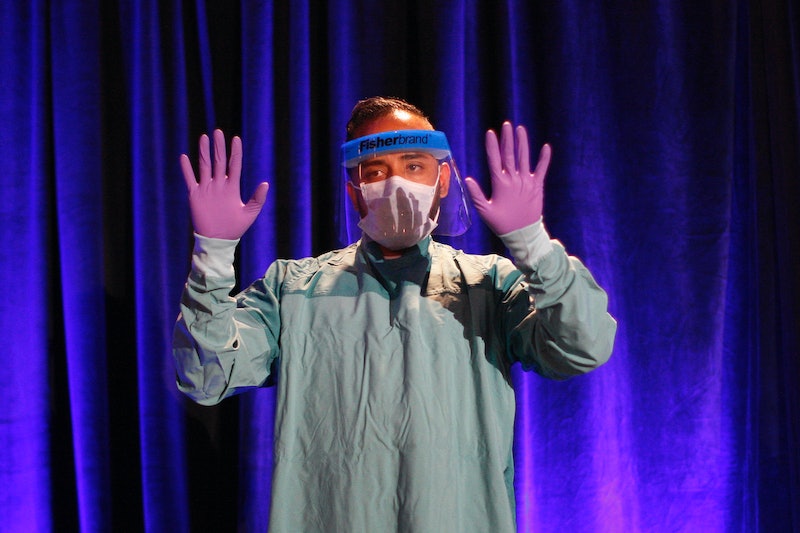 When the Trump administration decided to revoke federal guidelines protecting transgender students, whom did they consult on the possible effects on kids? Evidently they didn't go to the American Academy of Pediatrics (AAP), because the organization—made up of over 66,000 of the nation's pediatricians and other children's physicians—released a statement on Feb. 23 opposing the decision.

In the statement, the AAP offers the medical reason that discrimination against transgender youth has "detrimental effects on their physical and mental health, safety and well-being." But they also appeal to basic human empathy, writing, "These children need acceptance and affirmation, not stigmatization" and "No child deserves to feel this way, especially within the walls of their own school."

This isn't the first time the AAP has offered their stance on a Trump policy. In January, after Trump signed the Enhancing Public Safety in the Interior of the United States and Border Security and Immigration Enforcement Improvements Executive Orders, the AAP released a statement beginning with a pledge to continue to support their immigrant patients. They went on to add that the orders are "harmful to immigrant children and families throughout our country." The organization also advocates for the right for pediatricians to counsel patients and their families on children and gun safety.

It's hard to say how much of an effect the statement has in the White House considering the debate as to how "anti-expert" the administration may or may not be. This is especially so considering two big players on the decision, Donald Trump and Betsy DeVos, have never worked in government before. And both so far, have not come out looking like experts in their respective fields. (See DeVos talking about Grizzly bears in schools and Trump's administration staffing woes.)

Rather, the AAP's statement will have the biggest effect on practicing doctors and anyone who trusts them, which is a lot of people. Faith in doctors has been fluctuating in recent years, but the percentage of Americans who trust their doctors (70% in 2010) may still be higher than those who approve of Trump's job performance (38%).

No matter what, it is important that the AAP is taking this stance and resisting against further marginalization and victimization of transgender youth. Especially as the weight of fighting for their rights is placed even more heavily on individuals, their school districts, and their communities. Hopefully other professional organizations will look to AAP and move to make their stances clear.