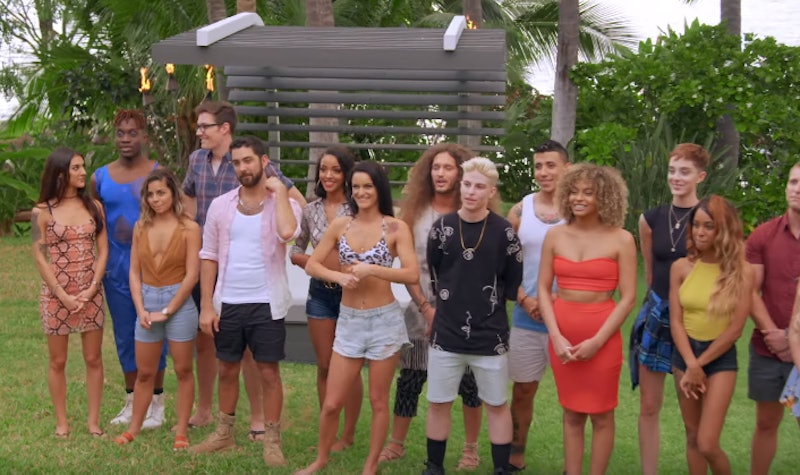 This season on Are You The One?, things have even more potential for drama than usual. This is Are You The One's first sexually fluid cast, which means that everyone in the house could be paired with anyone else in the cast. In order to split the grand prize of a million dollars, the singles living together in the show's house have to figure out which predetermined pairings among them were hand-selected by relationship experts and matchmakers, and now, everyone's possibilities just doubled.

Not only does the new premise provide some much-needed representation on television for LGBT people — it also was what seemed to make the most sense as they dealt with casting. "I feel like my Spidey-sense was going off when we started having more and more young people that were describing really what seemed to me, like, 'Hey, when I'm dating a girl, this is how I am in a relationship. But when I'm dating a guy, this is how my relationship is,'" he told E! News. "That didn't just happen once or twice or three times, but started happening quite a bit with both sexes."

And so, without further ado, let's meet the singles ringing in the next generation of Are You The One?, with info from their MTV biographies: