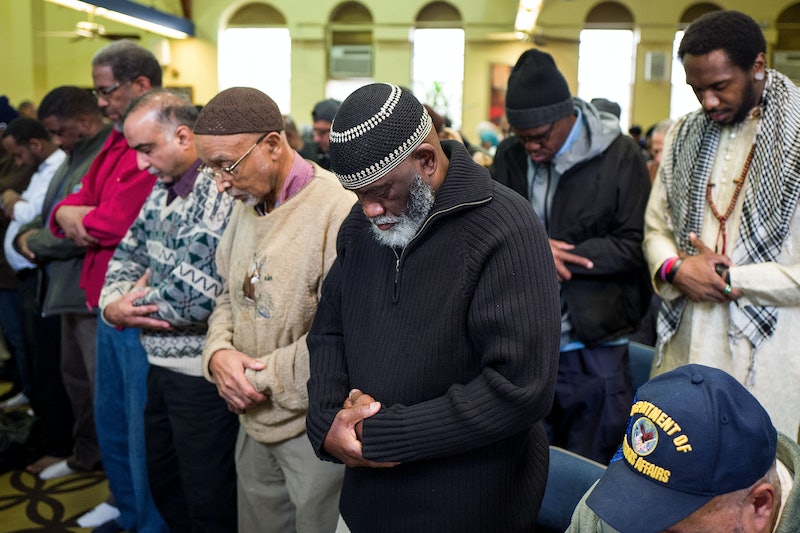 In an act of kindness that has been praised by many people, a mosque in Arkansas forgave the very vandal that desecrated its place of worship a year ago. The president of the mosque, Dr. Louay Nassri, sent a check of more than $1,700 to help Abraham Davis, the man who vandalized Al Salam Mosque in Fort Smith, pay off his fines as part of the felony charge.

In October 2016, Abraham Davis vandalized the Masjid Al Salam by drawing swastikas on the front, among other degrading messages. On cameras, Davis could be seen spraying disrespectful messages on the mosque; "go home," "f*ck Islam," and "f*ck you" stained the front of the Islamic place of worship in black spray. In a different video, you could see someone, presumably a member of Al Salam, wiping the doors.

After being found responsible for the degrading messages through recorded clips, Davis was expected to pay a heavy fine of $3,200. This was a big figure for Davis to tackle, as he reportedly earned little working at a local gas station.

According to a detailed report by The New York Times journalist Sabrina Tavernise, Davis was born into poverty. He was described as an "outsider" who spent time alone and often got into fights. With poor grades and paltry financial stability, Davis reportedly dropped out of school at 18. While waiting in jail for his court date, the Times reported that Davis wrote a letter to the mosque apologizing for his actions.

Since then, Davis and leaders at the mosque have struck something of a friendship from afar. (Because of his restraining order after vandalizing the mosque, Davis is not allowed to directly contact people from the mosque in any way whatsoever.) After paying the $1,731 check for Davis' fines, Nassri told KARK-TV that they had heard he was having financial problems.

Nassri said that the vandal's inappropriate behavior for Al Salam should not endlessly weigh over him.

It shouldn't be hanging over him for the rest of his life. ... We knew this person did a bad thing and there has to be consequences for their actions. But we didn't have any ill feelings towards anybody.

Originally, the money was meant for the mosque's upkeep — at the end of the year, many mosques undergo maintenance changes, including expanding space for more worshippers as well as switching carpets, repairs, and more. But for Nassri, the idea of not letting a fine ruin a good six years of Davis' life was much more important.

"We thought this is the right thing to do," Nassri said.

Davis was reportedly stunned by the mosque's decision to help him pay his fine. In December, when he heard about the news from the Times reporter, he said, "There's no words. English. Find it."

News stories like the one from Arkansas feel rare in our frequently stressful and bitter media landscape where stories of hate tend to flood our timelines more than stories of love. But such reports of mosques choosing humanity to trump hostility exist, too.

More importantly, these stories offer people a glimmer of hope for the future. This particular story, originally shared on the very last day of 2017, offers a message of unity, kindness, and respect for 2018 — all three things that we could do great with.