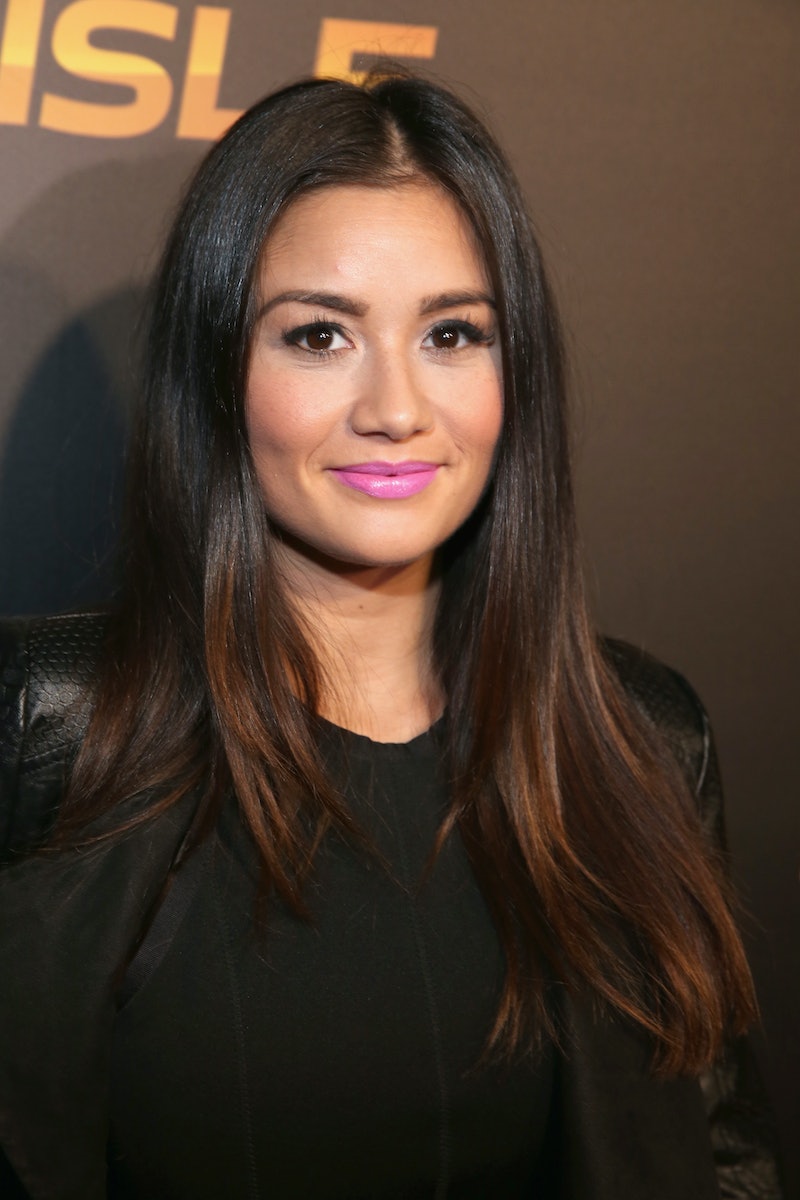 Sean Lowe and Catherine Giudici may have found their happily ever after the final rose, but when initially embarking on this journey, the former Bachelor contestant didn't have very high hopes that she'd be the one walking away with a ring on her finger. In preparation for ABC's plan to revisit Sean's season on The Bachelor: The Greatest Seasons — Ever!, Catherine reflected what it was like representing POC on The Bachelor. In a June 7 Instagram post, she admitted that she'd felt some mixed emotions about being cast on the show and believed she was mainly there just to "check" a diversity box for the network.

"When I was originally cast, I was very flattered but somewhat grounded by the fact that I would be one of the faces that represented people of color. I knew that one of the reasons I was probably chosen was because I was Filipino," Catherine explained in the post. "I counted myself out to be his fiancée because of what I assumed Sean liked. I thought I was there just to check a box, but I ended up with so much more."

As those who watched Sean's season recall, Sean proposed to Catherine back in 2013. They have since gotten married and are the proud parents of three children.

"I became present with the process and as he started noticing me for who I really was, I allowed this experience to open myself up to the possibility of being fully loved and appreciated for all that I was," she continued in the Instagram post, revealing that her experience on the show ended up giving her more than she could've ever imagined, including "getting to represent a mixed race community."

Catherine concluded the post with a special message to her fans, particularly any women of color who hope to find love in the franchise: "Don’t count yourself out. You are destined to do bigger things than just check a box."

This isn't the first time Catherine has addressed the diversity, or lack thereof, on The Bachelor. Back in 2019, she spoke with Entertainment Tonight and praised The Bachelor's efforts for more inclusion. "The Bachelor has a very diverse audience," she said at the time. "So, being able to be seen and showcase a variety of different types of people, I think is really smart."

However, not everyone believes the series is doing enough to help the cause. Rachel Lindsay, who remains the only Black lead to ever star on The Bachelor or The Bachelorette, recently spoke out against the show and demanded that they cast a Black Bachelor for Season 25. "If we're going around talking about Black Lives Matter and what's important and how we need systemic change … well then let's talk about systemic change when it comes to The Bachelor," she told Afterbuzz. "I think that they have to, at this point, give us a black Bachelor for Season 25. You have to. I don't know how you don't."

More like this
Andy Cohen Apologized To Larsa Pippen After A 'RHOM' Season 5 Reunion Dust-Up
By Brad Witter
'Bachelorette' Vet Clare Crawley Unveiled 2 Special Wedding Day Accessories
By Stephanie Topacio Long
'Bling Empire: New York' Star Nam Laks Is The “Blair Waldorf Of Thailand”
By Alyssa Lapid
We Finally Have Some Answers To How Heather Gay Got A Black Eye On 'RHOSLC'
By Samantha Rollins
Get Even More From Bustle — Sign Up For The Newsletter
From hair trends to relationship advice, our daily newsletter has everything you need to sound like a person who’s on TikTok, even if you aren’t.