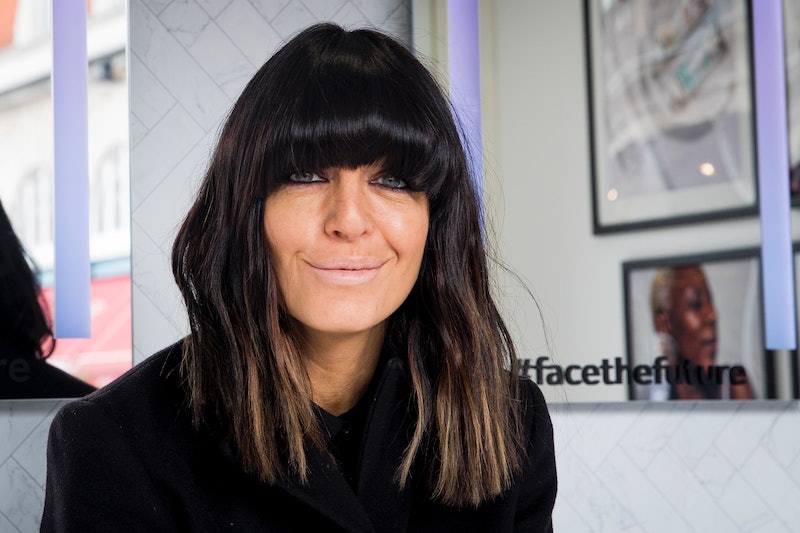 In October 2018, the House of Commons' Digital, Culture, Media and Sport Committee (DCMS) published a report that alleged there was a significant gender pay gap within the BBC. Thankfully, it seems that the broadcaster has taken this into account, as The Times reports that three female presenters have broken the BBC pay gap this year. Strictly Come Dancing's, Claudia Winkleman, Radio 2's Zoe Ball, and Vanessa Feltz are now among the BBC's 10 highest earners.

According to The Times, the three presenters have taken the place of radio hosts John Humphrys and Nick Campbell, Radio 2's Jeremy Vine, and Radio 1's Nick Grimshaw. The official list won't be known until the BBC release their annual earnings report later in the week, but the broadcaster is "expected to say that it is close to eliminating the gender pay gap for top talent in the current financial year." Bustle reached out to a representative of the BBC for comment.

This comes after the controversy surrounding the list of 2017's top earners, which saw an obvious imbalance and pay gap between male and female presenters. As BBC News documented, two of the twelve listed were female (some presenters share a price bracket on the list).

Following the reaction to the pay gap, six male presenters took pay cuts, including Nicky Campbell, Huw Edwards, Jeremy Vine, and John Humphrys. "I think it needs to be sorted out and I support my female colleagues who have rightly said they should be paid the same when they're doing the same job," Vine told reporters via BBC News. "It's just a no-brainer, so it wasn't a problem for me to accept one [a pay cut]."

At the time, the BBC pledged "to achieve equality between men and women on air by 2020," and judging by the recent news it seems that the Beeb is undoubtedly heading in the right direction. "Two years ago we were criticised for our gender make-up and how we were rewarding people," a BBC source told The Times. "We resisted transparency. We were wrong to do so."

"While transparency has led to stars being poached by rivals it has also allowed us to have an honest conversation about our staffing and whether we have been fair. The job isn't complete, but we now have a record of change that we can be proud of."

The news comes after The Guardian reported that the BBC "is to be formally investigated by the equality watchdog" over pay disparity claims, especially for those working "at lower wage bands, where the vast majority of staff who work behind the scenes earn substantially lower salaries that are never made public." Hopefully by this time next year, every woman working at the BBC will be paid the same amount as their male counterparts.

"Paying men and women the same salary for the same job has been a legal requirement for almost 50 years. Every organisation should know we are fully committed to ensuring employers comply with equal pay law," chief executive of the Equality and Human Rights Commission, Rebecca Hilsenrath told The Guardian.

"Employers today should be doing as much as they can to ensure all their staff enjoy a working environment that allows them to achieve their full potential."