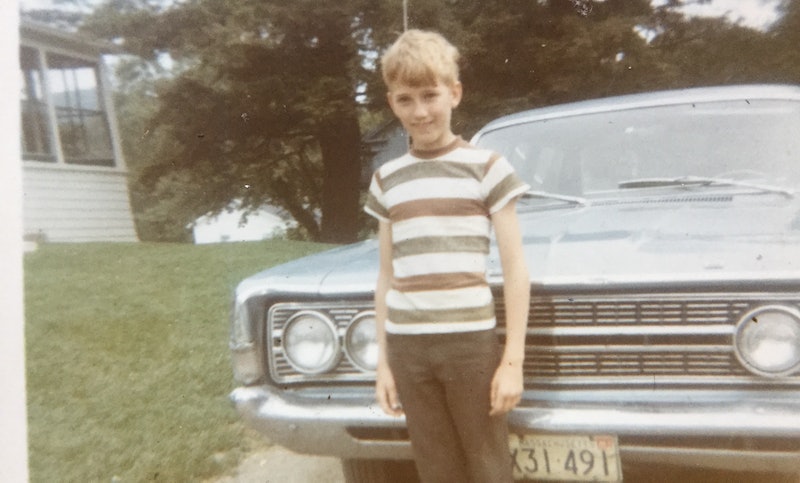 Netflix's Unsolved Mysteries, a reboot of the beloved '80s and '90s series of the same name, mostly focuses on murder and missing persons cases. But toward the end of the first season, things take a, uh, brief detour. Episode 5 explores the Berkshires UFO sighting that happened in Sheffield, Massachusetts on Sept. 1, 1969. And boy, is it a ride.

According to the Boston Globe, Thomas Reed claimed that he and his brother, Matthew, encountered UFOs at least three separate times between 1966 and 1969, but the last incident left the biggest impression on him. He told the radio station WAMC that he and his brother, mother, and grandmother were driving across Sheffield Bridge on that fateful evening when they all saw a bright light.

"Then that was the last thing we really remembered from the station wagon," he said. "It came to a stop off the right side of the road. Everything got really calm. It was like being in the middle of a hurricane. There was like a barometric change in pressure.... Then we remember bits and pieces of being in like a hangar. Other people there. It was quite confusing."

In 2015, the Great Barrington Historical Society officially recognized the Reeds' account as the "first off-world/UFO case in U.S. history," per WAMC. The program director at the time, Debbie Oppermann, told the Boston Globe that she knew they would get a lot of backlash, but that they'd "given it an awful lot of thought" and based on the evidence, "believe this is a significant and true event."

The society was particularly convinced by the dozens of eyewitnesses from the same night, who reported seeing a disk-shaped flying object or else said they were also taken and returned by the UFO. Some of these accounts, including those of Tom Warner, Nancy Reed, Jane Green, and Melanie Kirchdorfer, are featured in Unsolved Mysteries.

Later in 2015, a group of townspeople erected a 5,000-pound monument by the Sheffield Bridge to commemorate the Reed family's story. But in 2019, the Berkshire Edge reported that the monument had been removed, as local officials said that it had been erected on town property.

In the years since, Reed has shared his story on a number of shows, including Paranormal Paparazzi, Alien Mysteries, and Ancient Aliens. However, he hasn't always been happy with these experiences. He told MassLive that his appearance on the short-lived docuseries Uncovering Aliens was "blown...out of proportion."

Reed was also upset with the press for using the word "abduction," which he said he doesn't use. "The papers and the stories have gotten so ridiculous that the truth has been lost," he told MassLive. "First of all, they keep using the cornball terminology you might find — the abduction stuff. That's not what happened. Our family is very credible. We're not a bunch of lunatics."

Hopefully the Reeds will be more satisfied with the way Unsolved Mysteries recounts their story.