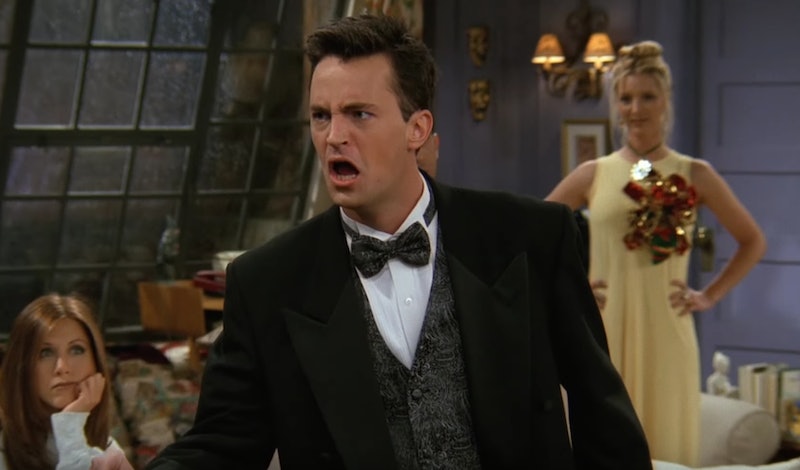 Being a die-hard fan of every show is a great experience, but being a die-hard fan of Friends is the best. The show lasted 10 seasons, so there's an abundance of episodes to watch and re-watch, and almost every episode has at least a few LOL-inducing moments. It's difficult then to choose the best Friends episode of each season, but certain moments undoubtedly stand out from the rest.

Of course, you probably know a few lines that have gone down in Internet history. From the "PIVOT" scene to "Smelly Cat," you'd probably be hard pressed to find someone who doesn't know at least a couple famous Friends quotes and moments. But the best episodes from each season don't just rely on one or two memorable scenes; from start to finish, they're full of prime entertainment.

Sure, the show's biggest fans might say that every episode of Friends does that, but comparing the episode when Chandler and Monica get engaged to "The One Where Phoebe Hates PBS" is basically like comparing apples and oranges, as they say. That's not to say that Phoebe hating PBS isn't hilarious, which it is, it just isn't quite best-episode-of-the-season material. All of the episodes on the list below are, though, at least in this writer's eyes; you probably have your own idea of which episodes are the greatest, and that's totally fine. The more amazng Friends episodes, the better!

So take a look at the list below and then go ahead and host a Friends marathon — you deserve it.