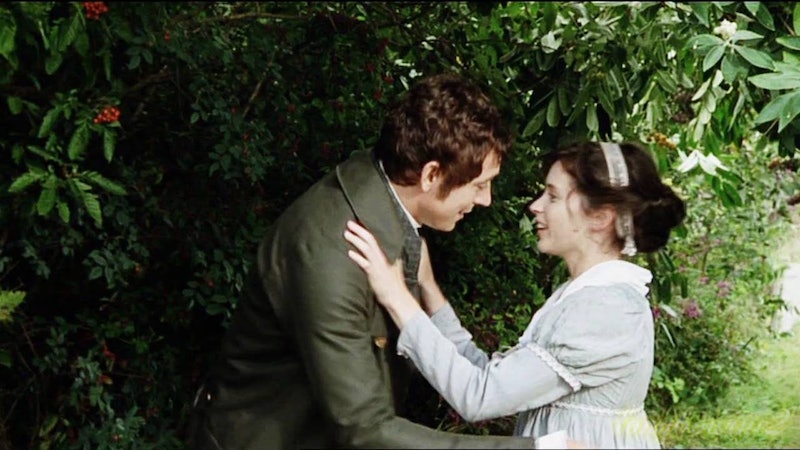 Jane Austen wrote six super-romantic novels filled with swoonworthy guys, and yet somehow Mr. Darcy gets all the credit for being the best Jane Austen hero. Yes, he's supposed to be mega good-looking, and yes, the hatred-to-love trope is pretty irresistible — but come on, is he really the best of the bunch? I'm here to ruffle some feathers, and say that Mr. Darcy isn't my favorite of Jane Austen's leading men. And no, nor is the gruffly sensitive Mr. Knightley, nor the soulful and passionate Captain Wentworth. (Though I wouldn't say no to any of them, if we're being honest here.) It's not the shy and gentle Edward Ferrars, or the deeply caring Colonel Brandon, or the kind and brotherly Edmund Bertram.

Nope, I think that the best Jane Austen hero is the woefully underrated Mr. Henry Tilney. Catherine Morland may have adored him, but Austen fans don't seem to have taken to him with quite the same ardor — even though he's clearly the wittiest, funniest, and downright nicest of the lot. But I'm about to change all that, with seven reasons why it should be Mr. Tilney on that poster pinned up above your bed, instead of Mr. Darcy.

It's official: the best Jane Austen hero is Mr. Tilney — and here's why.