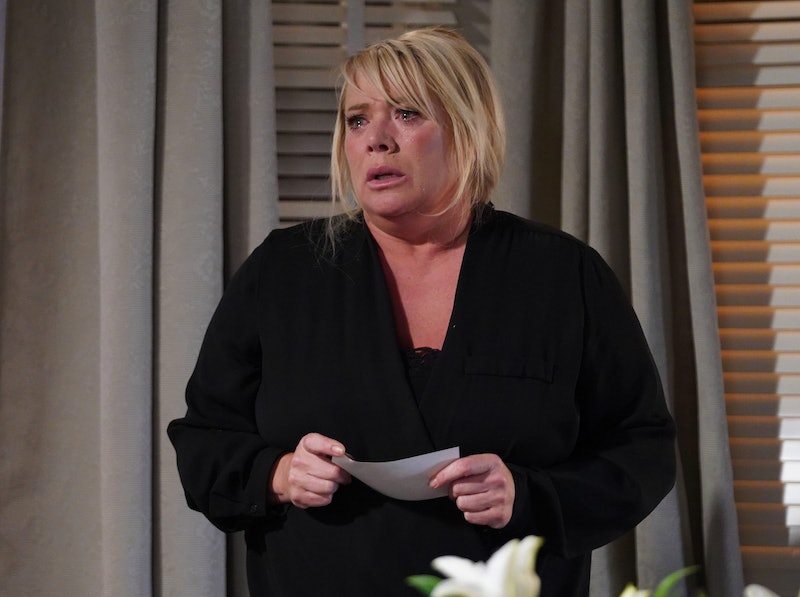 Due to the Coronavirus outbreak lots of events and filming schedules have been delayed, postponed, and even cancelled. So for EastEnders fans, the sad fact that filming has been suspended might not be the most shocking of news stories. The BBC has announced that filming of EastEnders, Holby City, Casualty, and Doctors are to be suspended. However, in the vain of "you gotta laugh", Tweets about EastEnders' filming being suspended are sure to lighten your mood.

Try not to wet yourself darling, there's a loo roll shortage. The BBC also revealed that the shows that have already been recorded will still be broadcast, but only two days a week. The broadcaster endeavours to keep the soap on our screens for "as long as possible", which is a relief as swathes of the British population find themselves on house arrest.

EastEnders fans reacted in precisely the way one ought to during crisis, with a sense of humour about it all while quietly getting on with everything. Some of the show's stars past and present added their own two cents to the proceedings which is pretty good of them considering we all know there's nothing funny about missing a pay cheque.

Sharon's having a bit of a mare about it all.

Natalie Cassidy, who plays Sonia Slater, is prepped to entertain herself.

For some, this is the last actual straw.

Others are getting more creative.

More like this
Twitter Can’t Get Over Stormzy’s Surprise Cameo On Winter 'Love Island'
By Sophie McEvoy
Eurovision Has Been Given A Whole New Look Ahead Of Its Liverpool Debut
By Bustle UK
Twitter Is Burning As Phoebe Dynevor Reveals Daphne’s 'Bridgerton' Exit
By Sophie McEvoy
Rupert Grint Just Shared A *Major* Update About Ron Weasley’s Future
By El Hunt
Get The Very Best Of Bustle/UK
Sign up for Bustle UK's twice-weekly newsletter, featuring the latest must-watch TV, moving personal stories, and expert advice on the hottest viral buys.