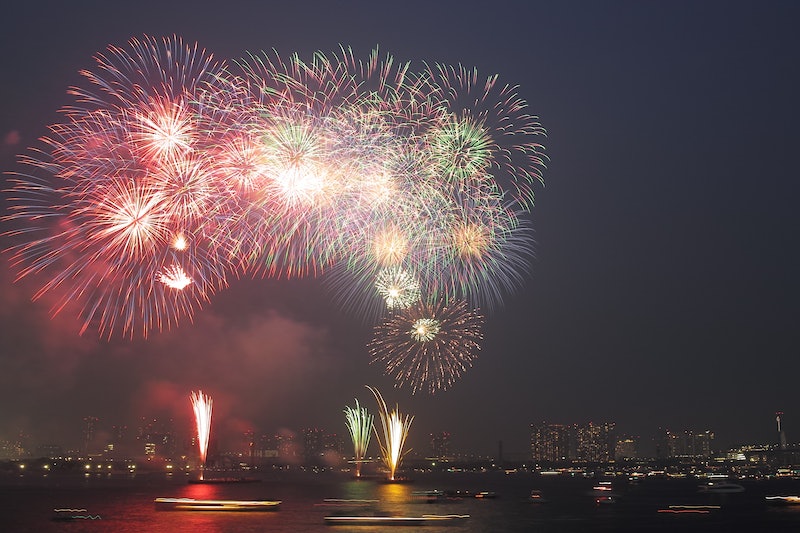 Say what you will about American culture, but there's no denying that we know how to throw the kind of Independence Day parties that would convince even the famously stoic George Washington to let loose. Naturally, picking the best place to see fireworks on the Fourth of July is the most important choice facing Americans each Independence Day. And, if you're looking for an impressive display, there are plenty of spectaculars put on by cities across the United States. No matter where in the country you live, I'm sure you'll be able to locate the perfect spot to watch fireworks during your Jul. 4 holiday.

Pyrotechnics have been an integral part of Independence Day celebrations since the country’s earliest days. In 1776, Founding Father John Adams wrote in a letter that he hoped American independence would be celebrated with “Bells, Bonfires and Illuminations,” among other things. On Jul. 4, 1777, his wishes came true when Independence Day celebrations in both Philadelphia and Boston ended with fireworks displays. Fast forward to the present day, and the skies are illuminated with colorful explosions every Fourth of July.

So where should you set up your picnic blanket this Independence Day? Here are some of the best shows to catch.