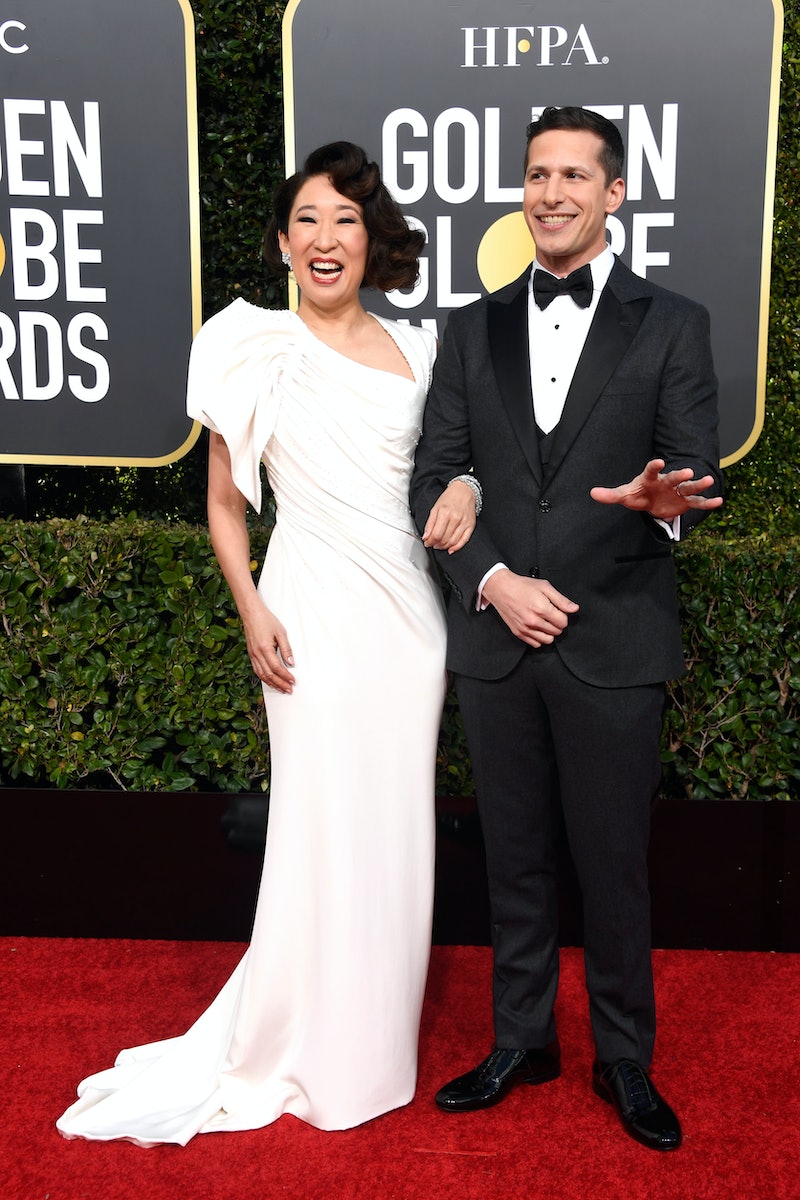 After weeks of anticipation, the night is finally here: the 2019 Golden Globes on Sunday, Jan. 6. This year's show is hosted by Sandra Oh and Andy Samberg and the best quotes from their 2019 Golden Globes opening monologue will make you laugh so hard. Oh stars in the BBC series Killing Eve, while Samberg has been a longtime cast member on the hit comedy series Brooklyn Nine-Nine — and they proved to be a golden comedy duo when they memorably presented together at the Emmys last year.

In a Jan. 4 interview with Today's Natalie Morales, Oh and Samberg revealed that one thing they didn't want to tackle in their Golden Globes opening monologue was politics. "There's so much political comedy and so much great political comedy that I don't think we necessarily need to be like, 'We're going to do this now for the first time,'" Samberg told Today with a laugh. In the interview, Oh added her own goal for the hosting gig: "The thing I'm really most interested in is to find some joy. Because we need it."

And there was plenty of hilarious and joyful moments throughout Oh and Samberg's 2019 Golden Globes opening monologue on Sunday night. Here are some of the best quotes, so you can revisit all the best one-liners whenever you want.