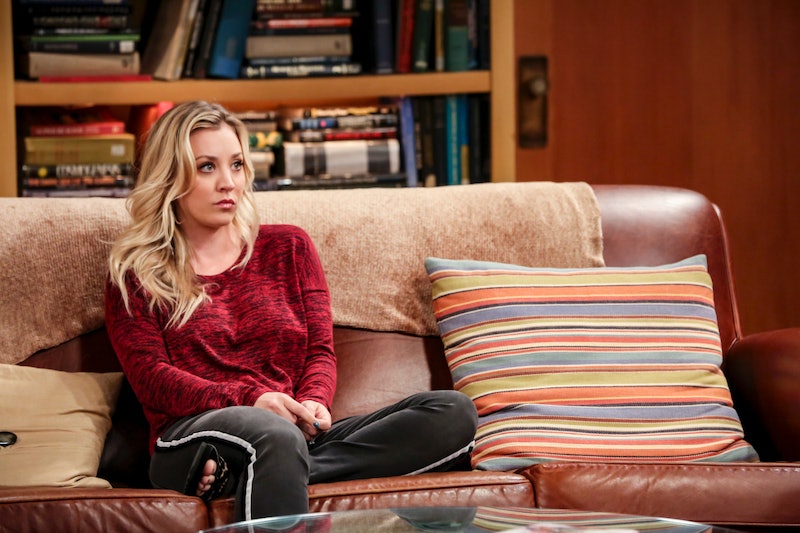 In just a few months' time, fans will be saying goodbye to The Big Bang Theory as the show wraps up its twelfth and final season. And while the series is sure to give its characters a proper (and hopefully happy) sendoff, it has decided to leave one mystery unresolved. Executive producer Steve Molaro revealed at a Wondercon panel on Saturday, March 30 (as per The Hollywood Reporter) that The Big Bang Theory ending won't reveal Penny's last name — a question many fans have wondered about since the show's inception.

Penny, as played by Kaley Cuoco, has been a lead on the show since the pilot, and yet her character remains the only original lead without a last name. And still, after twelve years of mystery, according to Molaro, they didn't see the need to give Penny a last name, apart from her married name, Hofstadter. "We got nervous and superstitious about giving her [a last name]," Molaro explained. "It will always be Hofstadter."

For her part, Cuoco, has voiced similar opinions on the issue. Back in 2017, she told CBS News that she'd prefer never to find out what Penny's last name is. "It's kind of a personal thing," she stated at the time. "It feels like a jinx. We haven't said it for so long. I feel like if we said it, the world will explode."

However, when Cuoco appeared on The Talk in 2018, she appeared to have a change of heart on the subject. "I'd like to learn Penny's last name," she admitted, according to E! News, while adding that she'd also like "for the elevator to be fixed," which has served as a long-running joke on the series.

At a glance, never learning Penny's last name may not seem like a big deal in the grand scheme of things. But if you stop and think about the message that this sends (unintentionally or not), you'll realize that the show's refusal to give Penny this part of her identity is actually really problematic. This is a character that has been with the show since its inception and yet she's the only one, in a mostly male-led cast, who doesn't get to have a full name until she's married and can attach herself to her husband's identity?

Penny is so much more than just Leonard's wife, so it seems strange (if not downright wrong) to simply keep her on a first name basis with fans. It may not be the message that the show is trying to send, but that doesn't make it OK. Your name is part of who you are and to rob someone of that feels unfair, especially since Penny has taken the brunt of many sexist jokes and tropes throughout the years (like being introduced as the pretty-but-dumb girl next door).

The Big Bang Theory has an opportunity here to give Penny a piece of herself back, so let's hope that the series has a change of heart and gives this character what is rightfully hers. It's one thing to wait until the last minute to reveal the answer to this big mystery, but to neglect is altogether is a disservice her memory. Penny deserves to be as full of a character as possible — she deserves better than this, and, to be honest, so do we.