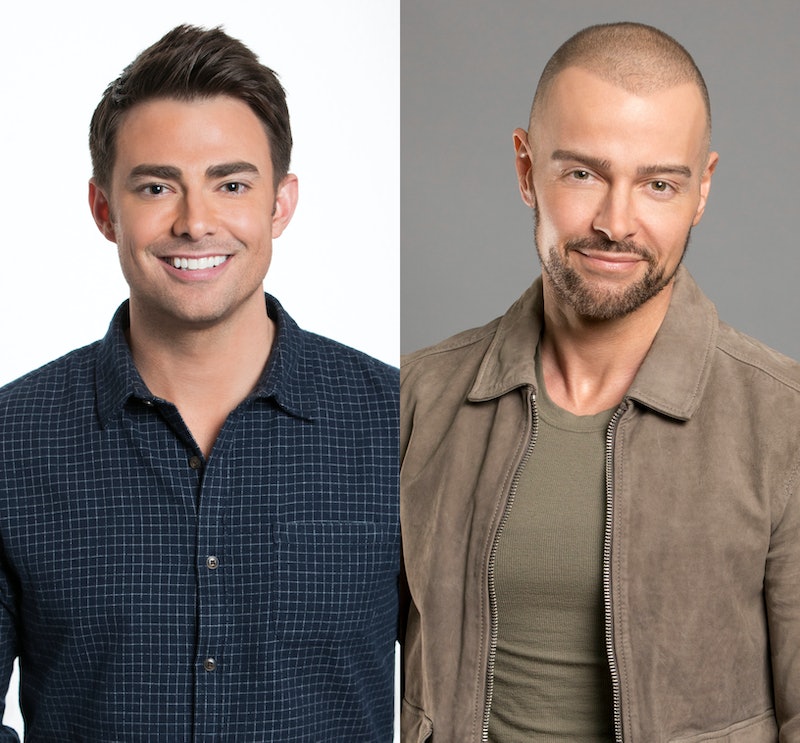 Big Brother has been a reality TV staple for 20 years, and every year, it manages to corral an amusing group of people that America loves watching make friendships, mistakes, and doing everything in between. The franchise really made things interesting when they launched Big Brother: Celebrity Edition last year with iconic participants like James Maslow and Ross Mathews. On Sunday, Jan. 13 the 2019 Big Brother: Celebrity Edition cast was announced. And if you thought last season's contestants were good, get ready, because you're going to be obsessed with these 12 new house guests.

"This season's cast includes Olympians, a former Heisman Trophy winner and NFL running back, a headline-making political strategist, a former teen heartthrob, a Grammy-nominated musician, a former WWE wrestler and an infamous Houseguest, among others," an official CBS press release announced — and they're definitely not overstating the awesomeness of this year's group. The new season will premiere in a two-night event on Monday, Jan. 21 and Tuesday, Jan. 22 at 8 p.m. ET. The familiar host fans know and love, Julie Chen Moonves, will return. And, per Entertainment Tonight, they will compete for a grand prize of $250,000 that they will have the privilege of donating to a charity of their choice. Here are all of the famous house guests that you're about to get to know even better.

You might know him as Cady Heron's crush in Mean Girls who appeared recently in Ariana Grande's "Thank U, Next" video. Now, he's moving into the Big Brother house.

Braxton's most recent project, a film titled Gangland: The Musical, is in post-production. But she's best known for her role as a founding member of the '90s R&B group, The Braxtons.

If you watch Real Housewives, then you probably just got psyched. Burruss is one of the Atlanta Housewives, and she also contributed to one of your favorite '90s jams, TLC's "No Scrubs."

The 47-year-old is best known for his stand-up comedy and his defunct MTV show, The Tom Green Show.

Jones is a three-time Olympian and American record holder for the 100 meter hurdles and bobsledding, according to her official website.

Kaelin is an actor who is best known for being a witness during the O.J. Simpson trial in the late '90s.

The "Joey" half of Melissa & Joey and Blossom star is moving his heartthrob ways into the Big Brother House.

The controversial swimmer and six-time gold medalist may be a fish out of water in the Big Brother household. Perhaps he found it in good timing after being suspended from the profession for 14 months by the U.S. Anti-Doping Agency.

Thanks to Lindsay Lohan's Beach Club, Dina and her daughter are both back on television.

The former professional wrestler is also an actress and fitness model, and she will definitely be ready to fight for the prize.

Nope, you did not read that wrong. The former White House Director of Communications is making his reality TV debut.

The former NFL running back is now a co-founder of a new spring football league called Freedom Football League, per ESPN.