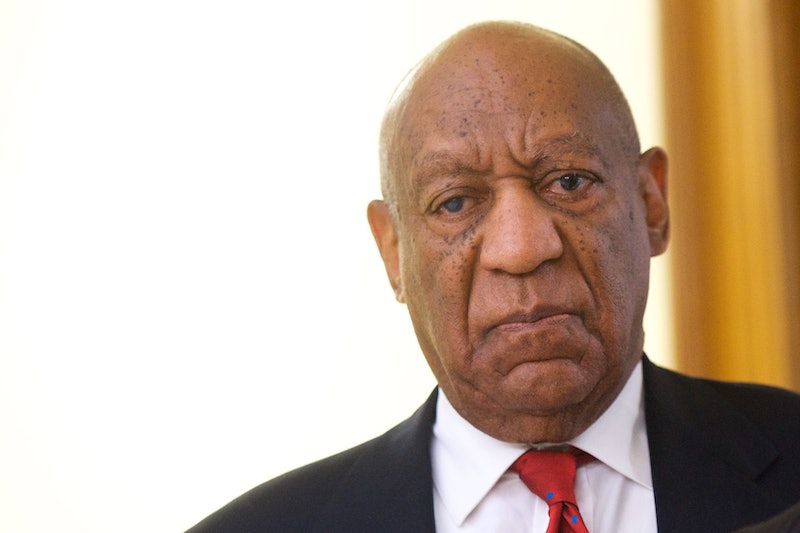 Closing arguments left the jury of the Bill Cosby sexual assault trial with an important decision. The prosecution argued that the comedian and former TV star used his fame to trick and assault women, while the defense accused Andrea Constand of making it all up as a con to win some of Cosby's fortune. After hours of deliberation and consulting the judge on issues as basic as the definition of consent, the Bill Cosby verdict is in, and he's guilty on all charges.

The jury found that Cosby was guilty of drugging and sexually assaulting a woman. Pennsylvania law says that aggravated indecent assault, which Cosby was charged with, happens when the accused engages in "indecent contact" without the victim's consent.

But the law also lays out situations that are similar to what Constand accused Cosby of, drugging her and carrying out the assault while she was unconscious. Two subsections of the law could apply: when the victim is unconscious or when the accused knows that the victim is "unaware that the indecent contact is occurring."

The other subsection of the law that could apply is when the accused "has substantially impaired the complainant's power to appraise or control his or her conduct by administering or employing, without the knowledge of the complainant, drugs, intoxicants or other means for the purpose of preventing resistance." Constand claims Cosby did just that.

The prosecution thad tried to paint this alleged behavior as recurring. Five women testified saying that they had been drugged and assaulted previously in ways similar to Constand. These "prior bad acts" were meant to show a pattern of behavior.

Constand testified that Cosby gave her wine and three blue pills, saying, "These are your friends, they will take the edge off." She said she felt woozy and then was unable to move. "The next thing I recall is, um, I was kind of jolted awake, and felt Mr. Cosby on the couch beside me, behind me, and my vagina was being penetrated quite forcefully," Constand told the court.

The main counterargument by Cosby's lawyers was that Constand is in it for the money and accused her of committing a con. It began in the opening statements and continued through closing arguments. "You're going to be saying to yourself, 'What does she want from Bill Cosby?' and you already know. Money, money and lots more money," Cosby lawyer Tom Mesereau said in opening statements. "She was madly in love with his fame and money."

The prosecution tried to flip that script. "He is nothing like the image that he plays on TV," prosecutor Kristen Feden said of Cosby in her closing arguments. "In fact, he utilized that image and cloaked himself so that he was able to gain the trust, gain the confidence of these young women so he could strip them of their ability to say no, administering an intoxicant the same way he administered an intoxicant to Andrea Constand."

Ultimately it was a convincing argument for the jury. Last year's trial ended with a hung jury and was declared a mistrial. This year the prosecution had another chance and secured a conviction.