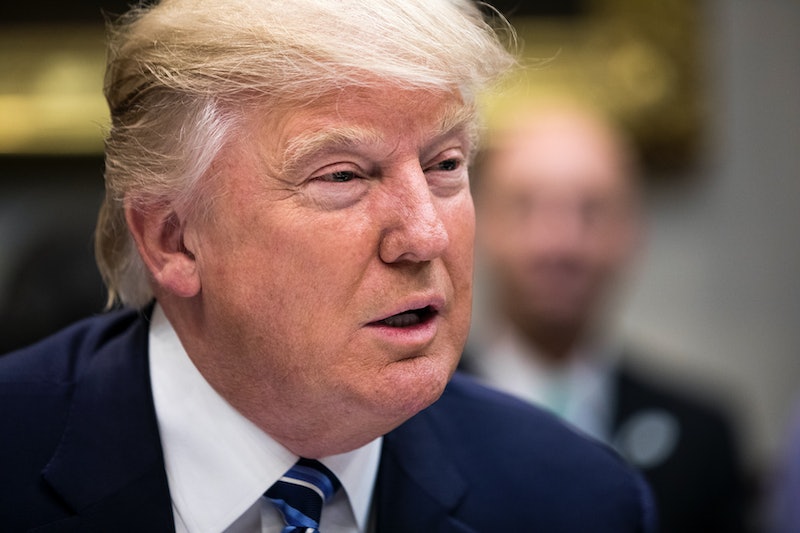 On Thursday, a panel of three U.S. court of appeals judges ruled that the restraining order on part of President Donald Trump's immigration ban will stand.

Ever since it was signed into law, Trump's executive order on immigration has sparked fierce debate. Confusion on how to enforce the new rules sent airports into chaos, and numerous protests broke out. The executive order, signed on Jan. 27, restricts people from seven Muslim-majority countries (Iraq, Iran, Syria, Libya, Somalia, Sudan, and Yemen) from entering the U.S. for 90 days. It also prevents refugees from entering for 120 days and suspended Syrian refugees indefinitely. Lawsuits began to pour in to question the legality of the order.

On Feb. 3, Judge James Robart issued a temporary restraining order preventing the government from enforcing parts of the ban. Robart's order is more far-reaching than numerous other lawsuits that were filed, and aimed to restrict the bigger parts of the order, including the 90-day ban on any entries from seven majority-Muslim countries and the 120-day ban on refugees.

On Tuesday, a U.S. appeals court heard arguments regarding the restraining order about whether it should be upheld, focusing on the extent of a president's power and whether the executive order could be considered anti-Muslim. It has not determined whether the ban is constitutional or not. The attorneys general argued that the executive order violates the Establishment Clause and the First Amendment by showing preference to a certain religion, and the Equal Protections Clause in the 14th Amendment for discriminating based on religion and country of origin. The state argued that Congress gives the president power to restrict "any class of alien" into the U.S.

Despite the ruling, the case of Trump's executive order is likely long from over. Each side has been passionately defensive of their arguments, and the chance that the case will be heard by the Supreme Court is high. Also, according to Vox, the temporary restraining order was issued originally so that Robart would have the time to review whether he could issue a preliminary injunction in the case.

Even President Trump has gotten involved in the arguing. After learning of Robart's restraining order, he tweeted, "The opinion of this so-called judge, which essentially takes law enforcement away from our country, is ridiculous and will be overturned!" and "What is our country coming to when a judge can halt a Homeland Security ban and anyone, even with bad intentions, can come into U.S.?" and "Because the ban was lifted by a judge, many very bad and dangerous people may be pouring into our country. A terrible decision." Essentially, he was telling citizens to blame Robart for any "bad" people trying to get into the U.S. and do harm to the country.

What the ruling will eventually mean for the executive order is unclear, but for now, we know that travelers from the seven countries will continue to be allowed into the country.