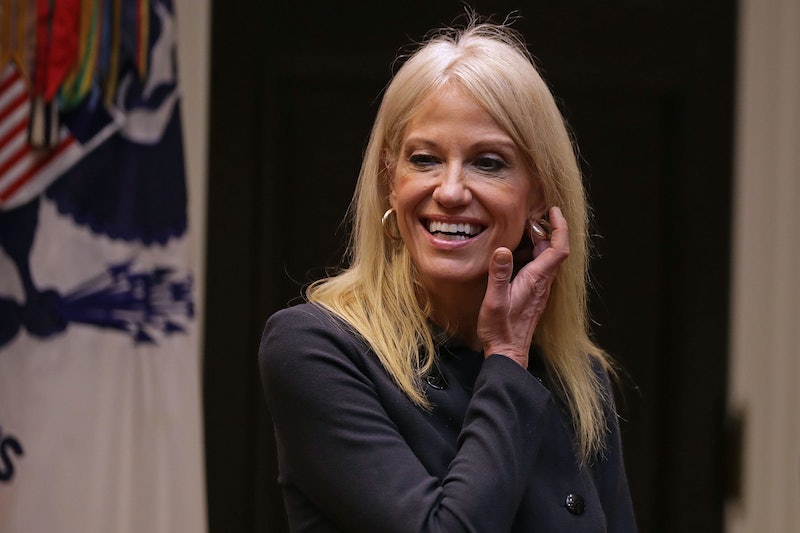 Where were you when the horrifying Bowling Green massacre took place? No need to think about it too hard, because it never happened. That was already obvious after White House counselor Kellyanne Conway's widely mocked claim to the contrary during an interview with MSNBC's Chris Matthews that aired on Thursday night ― there's never been a terrorist massacre in Bowling Green, Kentucky. And now, the city has confirmed that fact, just for good measure. Here's how Bowling Green responded to Conway's "massacre" claim.

Including a comment from Bowling Green mayor Bruce WIlkerson, it acknowledges Conway's misstatement, and the fact that it has since been corrected.

It was recently cited in a national interview that a massacre occurred in Bowling Green, KY in 2011. That statement has now been corrected.

While in 2011, two Iraqi nationals living in Bowling Green were arrested for attempting to provide money and weapons to terrorists in Iraq, there was no massacre in Bowling Green.

"I understand how during a live interview how one can misspeak and we appreciate the clarification," said Bowling Green Mayor Bruce Wilkerson.

It's a very gracious and altogether understanding statement, and you could imagine that a city mayor would understand the pressure and potential perils of a live TV interview. Suffice it to say, if you're Conway, you probably couldn't hope for a more even-keeled and magnanimous response than this.

Conway acknowledged the mistake on Twitter the morning after the interview with her startling startling claim was aired, clarifying that she meant to say "Bowling Green terrorists," not "Bowling Green massacre."

It's worth noting that swapping the words "Bowling Green massacre" for "Bowling Green terrorists" doesn't fix her statement, however. The structure of the sentence she used only makes coherent sense with the word "massacre" right where she put it, because she claimed the two Iraqis were its "masterminds." It was not a simple transposing error, in other words — if she had simply used "terrorists" instead, here's how her statement would have read.

I bet there was very little coverage. I bet it's brand new information to people, that President Obama had a six-month ban on the Iraqi refugee program after two Iraqis came here to this country, were radicalized, and they became the masterminds behind the Bowling Green terrorists.

It's also worth noting that the Obama administration did not impose a ban on the Iraqi refugee program, but rather implemented a review that slowed the process down. Six of the seven Muslim-majority countries covered in Trump's ban are on temporary timelines, although he could decide to extend them, and the Syrian refugee ban is indefinite. Trump's ban also initially blocked green-card holders from those countries from entering, as well as visas for any citizens or dual-citizens of those seven nations ― a sweeping order, in other words, as opposed to Obama's surgical and precise one.

In any event, having offered a correction (albeit a defensive one which also called out an already apologized-for reporting error by Zeke Miller of Time), and seeing as there's no ill will on the part of the city itself, it seems likely that Conway won't suffer any consequential blowback from this besides any enduring cost to her reputation and the torrent of jokes and cracks about it circulating on Twitter. But those are forces beyond any one person's control.