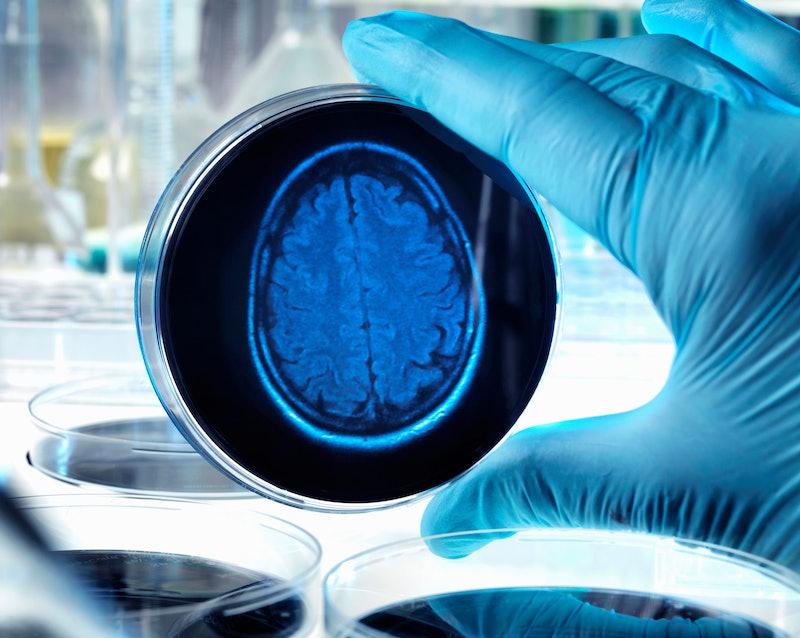 The human brain is an amazing thing. The heavy lump of grey and white matter inside your skull can do brilliant feats, from coordinating your dreams to helping you recall your 5th grade teacher's name — and when it comes to memory itself, scientists are still discovering astonishing things. How does the brain actually perform acts of memory, which can involve retrieving information stored years or decades ago? A new study published in Science has revealed that when you remember something, your brain ripples to recall the information. Yep. Really.

The ripples in question are "short-lived, high-frequency oscillations in the brain", according to the study. It's not the tissue of the brain itself that's rippling, though. It's the electronic signals within the brain, which form 'waves' of activity as they send information between neurons. Those ripples can be measured by electroencephalograms or EEGs, which attach hundreds of electrodes to the skull and then measure the electrical signals in various brain regions.

We've known that these ripples have a role in memory since 2017, when the scientist who first discovered them, Dr. György Buzsáki, noted that they appear to be very important for forming memories as we sleep. The new study in Science was focussed on how we retrieve memories while we're awake, and whether ripples play a role in those, too.

The answer, it seems, is yes. The study was monitoring 14 people with epilepsy and took the opportunity to check whether they showed 'ripples' when retrieving memories. The people in the study were shown pairs of words, and then, after one to three minutes, shown one word and asked to name its 'partner'. As they were remembering, the scientists saw ripple oscillations at the rate of 100 per second across two regions of the brain: the medial temporal lobe and the temporal cortex.

And those ripples seemed to be coordinated, or coupled; they rippled in the same way at the same time. "This coupling was enhanced just before successful memory retrieval," the scientists wrote in Science; in other words, people who recalled the other word successfully showed a pattern of coordinated electric ripples across important areas of their brains. If they couldn't remember, the ripple pattern was disrupted and the two ripples didn't coordinate.

The fact that the ripples involve two regions, not just one, is pretty important. The medial temporal lobe is very important for memory; we know it's a storage site for memory data, and contains areas like the hippocampus that are thought to be essential for processing your long-term memories. Remembering making mud pies in primary school? That's likely down to your medial temporal lobe. The temporal cortex, meanwhile, is also important for memory; experiments have shown that stimulating it helps your verbal memory, for instance. This is the first time that they've been shown to ripple together to help retrieve memories buried deep in your brain.

The neurologist Jennifer Gelinas wrote in a review of the study in Science that the study's results "highlight the importance of dynamic interactions between brain areas in mediating complex cognitive processes." When we talk about the brain and how it works, it's really difficult to discuss how different areas function in isolation. Memory and other seriously complicated neurological acts involve a lot of brain areas at once, in a complex dance — or, in this case, a ripple.