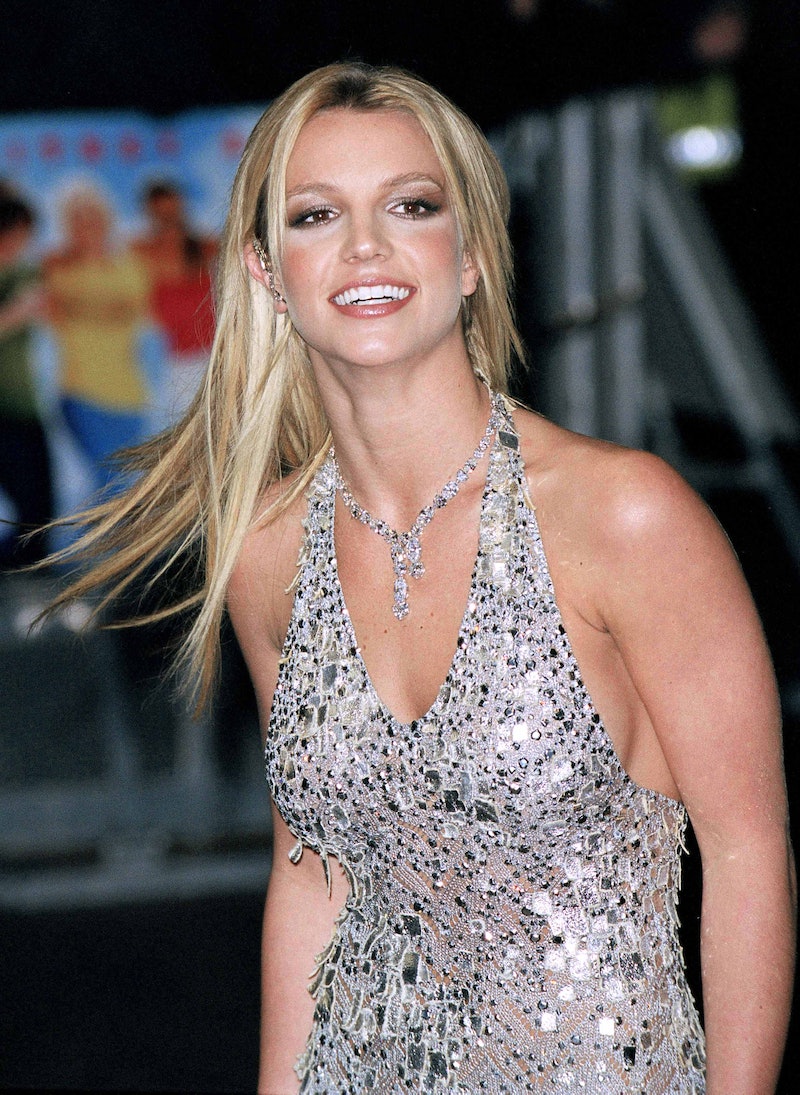 Britney Spears is about to unite with a new Justin — kind of. The Britney Spears musical cast American Idol alum Justin Guarini in a leading role, as announced on Wednesday, Mar. 4. And quite frankly, it might just be the most 2000s thing that has ever happened.

As reported by Billboard, Guarini landed one of the lead roles in Once Upon A One More Time, a Broadway-bound jukebox musical featuring Spears' iconic hits. And if you thought things couldn't get more nostalgic, think again. He'll be playing none other than Prince Charming. So basically, your childhood American Idol crush is about to serenade you (in shining armor, no less) with Britney Spears classics. Who knew 2020 would be the year of 2002?

The musical will follow an array of classic Disney princesses, including Cinderella and Snow White, as they discover the beauty of feminism when a fairy godmother delivers Betty Friedan's classic feminist manifesto The Feminist Mystique to their book club, causing them to question their own happily-ever-after's. Perhaps Cinderella's happy ending this time around will involve kicking Prince Charming to the curb. What's a more empowering motto than "It's Britney, b*tch"?

Guarini confirmed the news on his Instagram, posting a photo of the headline announcing his casting. "It’s haaaaaapening!!!!!!!!!!," he captioned the post. Joining Guarini in the musical is Great News star Briga Heelan as Cinderella, Tony-nominated actor Emily Skinner as the Stepmother, and Superbad star Brooke Dillman as a character named The O.F.G., which, yes, stands for The Original Fairy Godmother.

While Spears will not star in the musical herself, you can expect to hear many hits from her iconic catalog, including "Lucky," "Toxic," "Stronger," "Oops..! I Did It Again," and of course, "... Baby One More Time." And she's just as excited to see the show as you are. "I’m so excited to have a musical with my songs – especially one that takes place in such a magical world filled with characters that I grew up on, who I love and adore," she told PEOPLE in a statement when the musical was announced in March 2019. "This is a dream come true for me!"

Once Upon A One More Time will have a five-week run in Chicago starting on April 14 before transferring to the Great White Way at a later date. Information for the Broadway run has yet to be announced, but tickets for the Chicago dates are on sale now, so if you want to be one of the first to witness this greatness, you better work b*tch.

More like this
Britney Spears Shares & Deletes Photos Of Justin Timberlake From 22 Years Ago
By Jake Viswanath
20 Years Ago, J.Lo Was Supposed To Kiss Madonna With Britney At The VMAs
By Jake Viswanath
Britney Spears Shared The Real Reason She Shut Down Her Instagram Account
By Brad Witter
Cruz Beckham Teased New Music With An Adorable Nod To Mom Victoria Beckham
By Stephanie Topacio Long
Get Even More From Bustle — Sign Up For The Newsletter
From hair trends to relationship advice, our daily newsletter has everything you need to sound like a person who’s on TikTok, even if you aren’t.