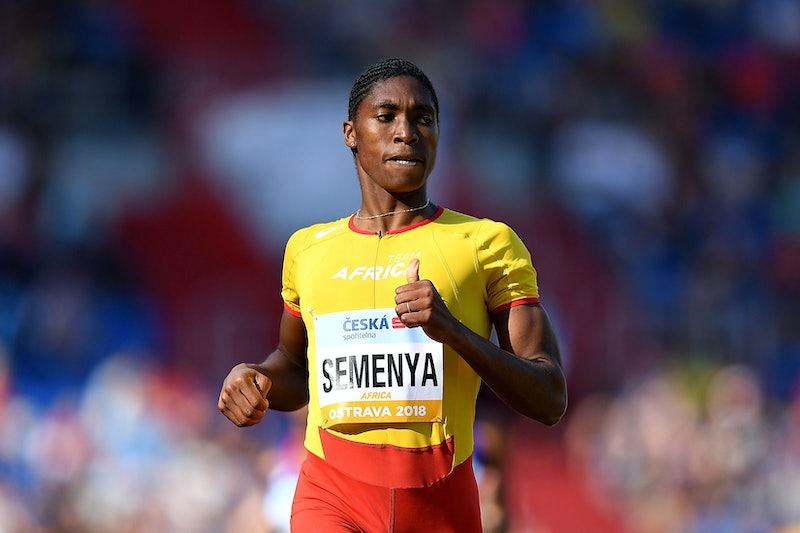 The highest athletics court issued a ruling in the Caster Semenya discrimination case on Wednesday. In its decision, the Court of Arbitration for Sport (CAS) ruled that Semenya and other female athletes with high testosterone levels must take medication to suppress that hormone if they wish to compete in races for women athletes, BuzzFeed News reports. The decision upholds a rule put in place by the International Association of Athletics Federations (IAAF), which oversees track events, per the Associated Press.

“I know that the IAAF’s regulations have always targeted me specifically,” Semenya said in a statement, the AP reports. “For a decade the IAAF has tried to slow me down, but this has actually made me stronger. The decision of the CAS will not hold me back. I will once again rise above and continue to inspire young women and athletes in South Africa and around the world.”

In the case, the IAAF argued that women with higher testosterone levels had an advantage over their competitors in races ranging from 400 meters to one mile, per the AP. However, the ruling indicated that this may only be true for races up to 800 meters.

BuzzFeed News reports that the judges who came to the decision agreed that the rule was discriminatory, but described it as "necessary, reasonable, and proportionate means of achieving the IAAF's aim of preserving the integrity of female athletics in the Restricted Events."

Although CAS suggested that women with elevated testosterone levels shouldn't be restricted from competing in races longer than 800 meters, it wasn't immediately clear on Wednesday whether or not the IAAF would adjust its rules. If they do, The New York Times reports, Semanya would be allowed to compete in upcoming 1,500-meter races without doing anything to suppress her hormones.

If a woman athlete with higher testosterone rates doesn't keep the hormone's level low enough to meet IAAF standards, The Times reported last year that they will have to make decisions that could potentially impact their athletic careers. Aside from deciding whether or not to take testosterone suppressants, they may have to consider whether or not to run in races for men, change the distances they compete in, or possibly give up competing in the sport all together.

The IAAF rules regarding testosterone levels will go into effect on May 8, The Wall Street Journal reports. In order to compete, Semanya and other affected athletes will have to keep their testosterone levels lowered for at least six months before a race, per The Journal.

Semanya is considering an appeal against Wednesday's decision, per The Guardian, although she may also consider competing in longer races, where the IAAF's testosterone rule would not be in effect. A sports scientist from Semanya's team predicted that undergoing hormone treatment in order to compete in the 800-meter race, one of her specialties, could have a significant and negative impact on her performance.

The Guardian further reports that, in its decision, CAS acknowledged there could be problems for athletes who might suffer from hormone-suppressant side effects. But unless there is an appeal followed by an injunction, the rules will go into place in a little over a week.

More like this
Jude Bellingham’s Superstar Football Talent Runs In The Family
By Maxine Harrison
The David Beckham Qatar Controversy, Explained
By Sophie McEvoy
Read Dan Levy's Heartbreaking Message After The Club Q Shooting
By Stephanie Topacio Long
Jamal Musiala Has The Cutest Nickname Based On A Disney Character
By Catharina Cheung
Get Even More From Bustle — Sign Up For The Newsletter