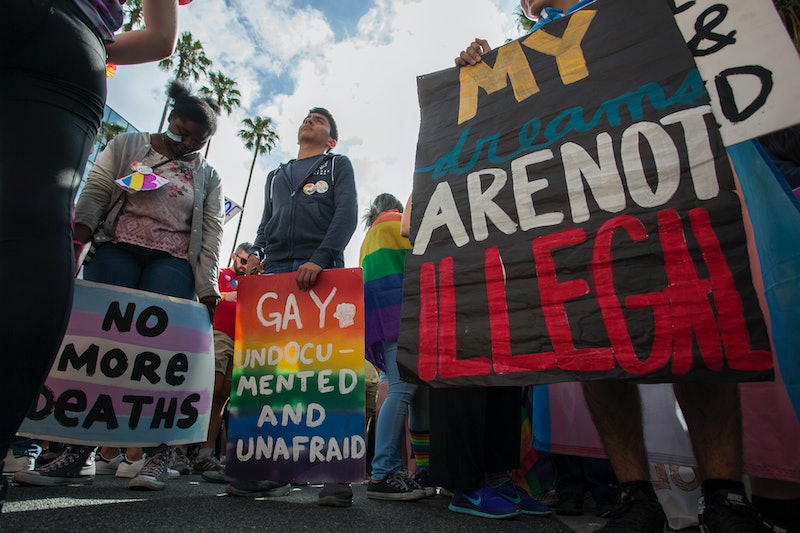 On Monday, the Trump administration will square off against 18 states, the District of Columbia, several cities, and several immigration groups as a lawsuit over a citizenship question on the U.S. Census heads to trial. The Justice Department has said that including a question about citizenship will help the government enforce the Voting Rights Act, according to HuffPost, but opponents to the question argue that it is discriminatory and could harm census data collection.

According to a copy of the complaint shared online by the ACLU, plaintiffs on the suit argue that Commerce Secretary Wilbur Ross deciding to add the citizenship question was a "naked act of intentional discrimination directed at immigrant communities of color that is intended to punish their presence, avoid their recognition, stunt their growing political power, and deprive them and the communities in which they live of economic benefits."

The Justice Department attempted to prevent the lawsuit from going to trial, but the Supreme Court denied that request on Friday. Notably, this was not a unanimous decision, according to multiple reports. Justices Clarence Thomas, Samuel Alito Jr., and Neil Gorsuch would have supported the Trump administration's request for a stay. Opening arguments in the federal trial are on deck to begin Monday morning in New York City, according to The Washington Post.

If the citizenship question is allowed to remain, it would be the first time that such a question has appeared on a decennial census since 1950, according to the Pew Research Center. The Census Bureau does inquire about citizenship status on the American Community Survey, an ongoing survey that is sent to about 3.5 million people each year, but not the decennial census, which is sent to every household in the country.

Critics say that a major problem with including a citizenship question is that it may discourage many immigrants from completing and returning the form. If a household declines to return their census form, they would not be officially counted, which can impact how their congressional districts are drawn, according to the Times Union.

"It's not only my family that won't be counted, but it's entire neighborhoods. This could impact hundreds of people, not only people in New York City but also in New York state," Bronx resident and DACA recipient Yatziri Tovar told the Times Union.

The citizenship question is facing pushback from several groups, including the Lawyers’ Committee for Civil Rights Under Law, Public Counsel, and law firm Manatt, Phelps & Phillips. According to The Hill, the groups filed a motion last Friday that seeks to prevent Ross from adding the question to the census. The motion was filed on behalf of the City of San Jose and the Black Alliance for Just Immigration in the Northern District of California.

“The Trump Administration has broken all the rules by attempting to subvert the basic principle of the Census and our democracy — that everyone counts and is to be counted,” Mark Rosenbaum, director of Public Counsel Opportunity Under Law, told The Hill. “Our motion seeks to upend the covert plan of Secretary Ross to make the Census a partisan weapon of lies and fearmongering by deliberately undercounting the American population.”

It's too soon to tell how the court will rule in the trial that begins on Monday. However, in light of November's midterms and the ever-approaching 2020 presidential election, expect it to be closely watched.