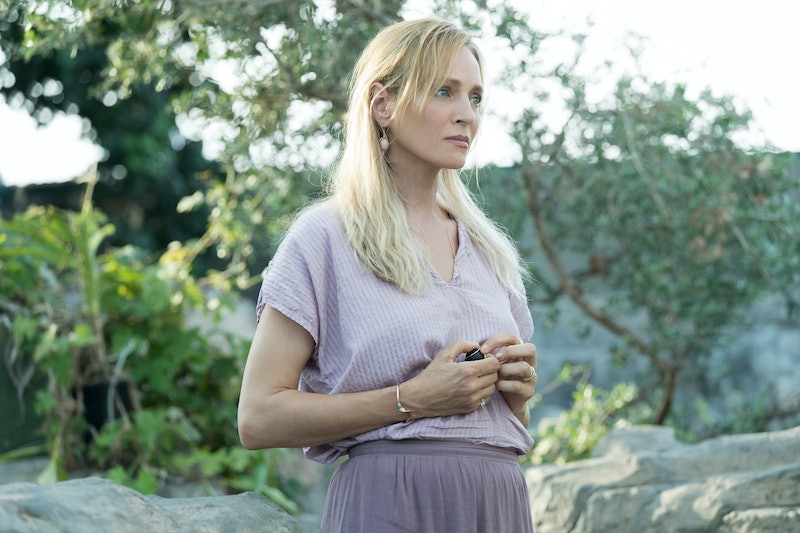 We generally consider heart donors and transplants to be great, life-saving miracles of science, but what if it wasn't just a new heart, but new memories? Netflix’s new original horror series Chambers, starring Uma Thurman, Tony Goldwyn, and newcomer Sivan Alyra Rose, addresses that unlikely yet unsettling scenario head-on. Netflix has released the first Chambers trailer, and the new show (especially Thurman) looks guaranteed to give you nightmares.

Chambers follows 17-year-old Arizona girl Sasha (Rose), who suffers a near-fatal heart attack, but is lucky enough to undergo a life-saving heart transplant on the same night. Sasha and her father show their gratitude to her donor, Becky (Lilliya Scarlett Reid), by visiting her parents, Nancy and Ben (Thurman and Goldwyn, respectively), and promising to honor the memory of their beloved daughter. But immediately, you can tell something is off with that family — especially when they offer Sasha a scholarship in Becky’s name.

After suspecting that Becky’s parents might not be who they claim to be, Sasha begins to investigate the cause of donor’s mysterious death. But as she becomes increasingly consumed with her mission, she begins to take on some of Becky’s characteristics. She has unexplainable visions, and she seems to eventually take on some of her donor’s more inhumane traits, which includes (but is not limited to) chopping a mouse’s tail off for no apparent reason. If the mouse is even there.

Pretty soon, she’s seeing things, Ben is doing breathing exercises that are unbelievably creepy, and we have absolutely no idea what’s going to happen next. (The mysterious figures in slasher masks who show up in the trailer also don't make this world feel any safer either.) As with any horror series, Chambers also looks like it's going to include a lot of gore.

“Taking place in a mystic, New Age pocket of Arizona, Chambers is a psychological horror story that explores the different ways we metabolize trauma,” creator Leah Rachel said in a press release obtained by Bustle. “But what starts out as a grounded human story eventually pivots into something far more strange and f*cked up than you were expecting.”

Leading up to the show's premiere on April 26, the Chambers cast have been giving fans behind-the-scenes glimpses from the show's set in New Mexico on social media. Lead star Rose gave her Instagram followers a peek at a script for one of the upcoming episodes (censoring the important information, of course), while fellow newcomer Griffin Powell-Arcand has posted photos with his new co-stars to his own Instagram account.

In addition, the Chambers Instagram account has teased the new series, sharing some particularly frightening posters with the tagline: "Bad things happen for a reason." There are a lot of bad things happening in the Chambers trailer, but fans will have to watch to find out the reasons behind them.