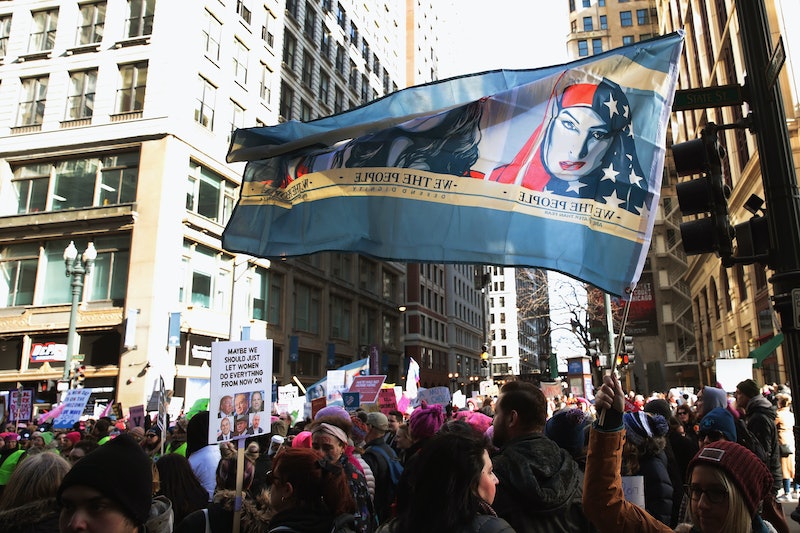 Ahead of the worldwide rally's third year, the Women's March Chicago chapter canceled its march in January, citing logistical limitations. The past two events gathered hundreds of thousands of supporters in the Windy City, but this year organizers say that a lack of volunteers along with the high costs of putting on the rally and march will prevent them from joining cities around the world on Jan. 19 for the event.

"There’s no march, there’s no rally," Sara Kurensky, Women’s March Chicago board member told The Chicago Tribune. "We’re going to provide ways for people to organize and take action in their local communities." The idea, Kurensky said, is to encourage action on a local level.

"Planning a march takes a lot of work, a lot of work and you want to do it right and keep in mind we are all volunteers," Women's March Chicago president Jaquie Algee told ABC7 Chicago.

The cancellation comes amid a tumultuous time for Women's March organizers. In February, Minister Louis Farrakhan, the leader of Chicago-based Nation of Islam, praised Women's March Inc. co-President Tamika Mallory and denounced Jews as his enemy, all in one speech. The Southern Poverty Law Center lists Nation of Islam as a hate group.

In mid-November, Teresa Shook, a co-founder of Women's March, Inc., called for her fellow co-founders, including Mallory, to step down. Shook accused them of allowing "anti-Semitism, anti-LBGTQIA sentiment and hateful, racist rhetoric" to become part of the organization by "their refusal to separate themselves from groups that espouse these racist, hateful beliefs."

"Our ongoing work speaks for itself," the other leaders responded in a statement, adding that they are just as committed to fighting all forms of hate and oppression.

Kurensky told The Tribune that Women's March Chicago isn't officially affiliated with Women's March, Inc. She added that even though their decision to cancel their January event didn't have anything to do with the anti-Semitism controversy, it was a "side benefit" that the cancellation distanced the Chicago organization from the national group.

According to The Tribune, local organizers in Chicago are pushing followers to arrange smaller-scale service and activism events like helping the homeless, calling representatives, and hosting smaller marches. "All of those things that would have an impact on your community," Kurensky told the paper. "The idea is to empower our marchers. Now we want them to take that power and organize in their own communities."

Kurensky is calling the Jan. 19 anniversary of the first two marches "Operation Activation." She told The Tribune that Women's March Chicago will help community organizers to connect and coordinate events.

"We need to move from marching to action, so this is a way to try and do that," she told the outlet. "It's not going to be enough to march, we have to act as well. You cannot sustain a movement that is just marching."