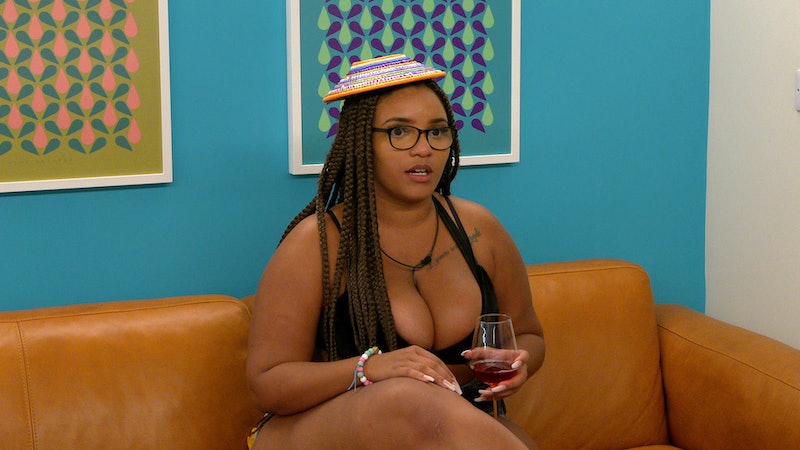 The last episode from The Circle, Netflix's reality hit, was released in January, and a second season has yet to be confirmed. Considering its success, it should be coming soon — but if you already miss it, don't worry: Nexflix is expanding its social-media reality to other countries. Luckily, The Circle: Brazil cast Instagrams prove the spinoff will be worthwhile.

The Circle: Brazil premiered on Netflix on March 11, and as of now it has four episodes. The streaming platform will release a few episodes every Wednesday, just like in the U.S. version. The other rules remain the same, too: the show brings people into separate apartments within the same building, but they can only communicate with one another via The Circle, an app similar to Instagram.

With no way to fully show their real-life charisma, they can only hope that their pictures and text messages will captivate the other competitors and get them to the end of the show. Some contestants try to be authentic about their lives and looks, but others resort to creating a completely different, fake personality — think Big Brother meets Catfish. They have to be relatable but not too forced, pretty yet not too intimidating, so to not be voted off by the other players.

Considering the role social media plays, it feels only natural that we take a look at the contestants' Instagrams and check out their posts before the show. Spoilers: most of them are actually quite authentic.

Ana Carla was Miss Paraíba, a state in the Brazilian Northeast. It's not surprising that the model decided to play the game as herself.

Gaybol's Instagram is as dorky as it gets. His bio shows just how fun his personality is: "The deal is to have some ice cream and have a good laugh." He's also in the game as himself.

João isn't scared to have some fun and that is clear from his beach, shirtless, party pictures. It contrasts with what he's doing in the show: João is pretending to be a 30-year-old doctor because he thinks that will give him more credibility.

JP can be seen exercising whenever he has some free time. His Instagram is full of pictures of himself, which shouldn't be a surprise. He's also played the game as himself, but pretending to be a little younger: 28 instead of 31.

Loma's Instagram is very fun, but in the game she is a catfish. She's pretending to be Lucas, a 25-year-old straight male.

Lorayne is playing the game as herself — and her Instagram is full of the pretty pictures that one would expect from an influencer.

From Marina's Instagram, we can tell she likes travelling a lot. She's also playing the game as herself, lying only about two things: her age, 22 instead of 25, and her career as a singer.

Dumaresq's Instagram couldn't be more authentic and colorful. He's bringing all of that to the show as himself.

Rayssa is one of the newest players, and we don't know much about her. But from her Instagram, we can get a lot of pictures of her parading in carnaval. She's a professional dancer.

Rob is playing as a bisexual 24-year-old woman named Julia. On his Instagram, we can learn more about him: he loves knives, just as he says in the show.

The identical twins are some of the newest contestants, and though their Instagram show us they definitely feel comfortable in their skins, they're catfishing as a 27-year-old woman named Luma — a combination of their names, Lucas and Marcel.

More like this
Love Is Blind’s Natalie Claims Shayne Signed Up For 'Perfect Match' While They Were “Still Together”
By Brad Witter
'Love Is Blind: After The Altar' Season 3 Has A Release Date & It's Very Soon
By Grace Wehniainen
A New Netflix Doc Will Explore The Unsolved Murder Of Jill Dando
By Sam Ramsden
Love Island’s Latest Winter Season Finally Has A US Release Date
By Grace Wehniainen
Get Even More From Bustle — Sign Up For The Newsletter
From hair trends to relationship advice, our daily newsletter has everything you need to sound like a person who’s on TikTok, even if you aren’t.