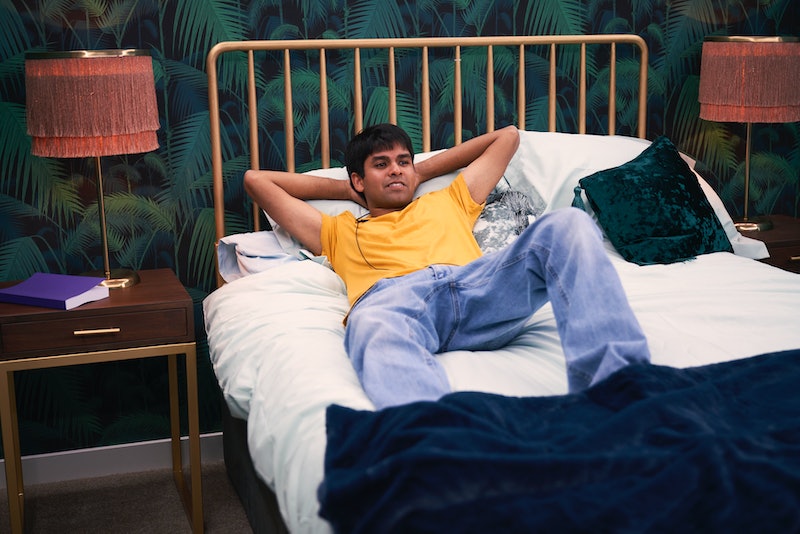 Shubham Goel proved to be a fan favorite throughout the first season of Netflix's The Circle. In fact, he was so beloved and respected that when it came time in Episode 11 for his fellow players to select who would be the most likely to run for president someday, they all agreed that he was the only person who fit the bill. Little did they know just how accurate their prediction was because apparently, before The Circle, Shubham ran for Governor of California back in 2018.

Shubham made mention of his little political endeavor shortly after receiving his Circle superlative, but that wasn't just all talk. He was actually telling the truth. He's the youngest person in history to run for that California office. According to Esquire, Shubham was 22 years old at the time, and ran a fairly impressive platform, which included giving tax cuts to farmers in order to improve irrigation during the ongoing California water crisis.

What's really interesting, though, is that one of his major goals was to ban social media for kids in grades K-12, believing that its overuse has caused a decline in mental health. "Everywhere you go, people are on social media sites for hours and hours. This has made people generally unhappy, and our mental health has suffered," Shubham explained on his official website. "I will ban social media usage for kids in K-12 schools across California and encourage workplaces, schools and our government to advocate for less time on these sites and more time outdoors."

He also came up with a plan to help incentivize citizens to enjoy being outside by offering tax credits to those who participate in monthly treasure hunts. "We will offer different monthly treasure hunts in local districts for groups of 2 or more where we will give digital clues to them on finding the location of the 'treasure," he states on the site. "The team that wins each treasure hunt will each get 20% tax credits for the rest of the year so these treasure hunts will be great at getting people to go outside and work together as a group."

It's an interesting concept to say the least, not to mention how ironic it is that Shubham took such a strong stance against social media only to participate in a reality series that's quite literally all about social media. Clearly, though, some of his ideas resonated with the people of California. He received 4,020 votes during the election, which put him in second to last place out of the 27 candidates, according to Ballotpedia.

Shubham may not have been victorious in the election or The Circle, but, who knows, maybe he'll win his next election.