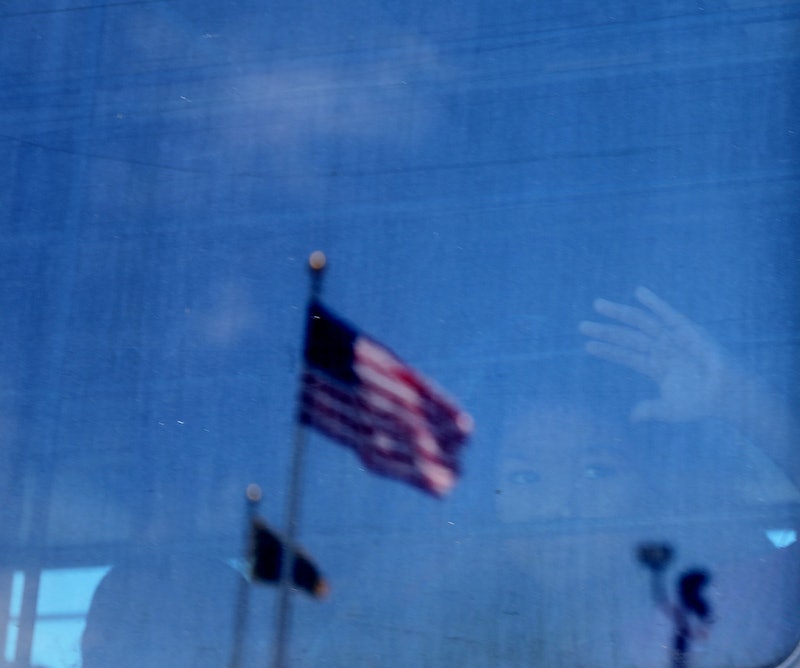 The practice of detaining unaccompanied minors at the border could come at the expense of a major health program within the U.S. According to a Slate report, the Trump administration's policy of detaining migrant children could affect an HIV/AIDS program otherwise known as the Ryan White program. According to its official website, the program "provides a comprehensive system of care that includes primary medical care and essential support services for people living with HIV who are uninsured or underinsured."

Slate reporter Mark Joseph Stern wrote that the publication had access to internal documents related to the Office of Refugee Resettlement (ORR)'s budgetary plans, which show that the agency is preparing for a possible increase in detained children. Stern added that "the documents do not indicate that ORR officials have specific knowledge that family separations will increase but do show that the agency is preparing for the possibility."

According to the report, ORR — which is under the Department of Health and Human Services — is already handling 11,800 children under its wings. Now, according to the documents of the ORR budget that Slate reviewed, the agency is preparing for the possibility of caring for double the current number of migrant children, which would mean an extra 25,400 beds. If it has to cover the costs for that hypothetical increase, the agency could face a shortage of $585 million for its fiscal year of 2018, which could go up to $1.3 billion for the year of 2019.

To cover that massive budgetary shortage, the internal documents concerning ORR said that it would seek monetary help from the Ryan White HIV/AIDS program — in addition to "supplementary" help from the Congress. According to Slate's assessment of the documents, the transfer of those funds has already started.

According to Slate, the internal documents concerning ORR also take into account that Trump delivered an executive order in June that would supposedly end family separations at the border. But Stern wrote that its hypothetical scenario — where the number of detained children, without their parents, doubles — shows that the agency is operating under an assumption that the forced separations will go on as normal.

Senior fellow at the Migration Policy Institute, Mark Greenberg, told Slate that the internal documents point to a possible "enormous increase" in the number of children detained in various detention centers. "This envisions having further family separation cases coming to HHS—a lot of them," Greenberg said.

Greenberg also told Slate that the internal documents show that ORR may seek increased federal expenses for handling the unaccompanied and detained children. He said that "the entire appropriation for unaccompanied alien children this year was $1.3 billion" and that now ORR is "seeking an additional $1.3 billion" for the remainder of 2018.

Former ORR director under Barack Obama's presidency, Bob Carey, told Slate that the internal documents indicate the possibility that the agency could "keep children for much longer periods of time." He noted the difference between the time unaccompanied children were kept in detention centers under Obama and the duration spent under Trump's policy. Slate noted that, under Obama, children would spend an average of 33 days in detention but, under Trump, it's gone up to 55.

"ORR shelters were not established to care for children on a long-term basis," Carey said. "They were set to keep kids for as short a period of time as possible until the child could be released to a parent or other sponsor. Clearly [the agency] is creeping away from that."

If the hypothetical number of detained children increases and if the ORR takes funds from the Ryan White HIV/AIDs program, some may worry that critical finances needed for caring and treating for "half a million" vulnerable people in the United States could be put in danger. On Twitter, social media users have lambasted the possibility.

One Twitter user summarized his thoughts on the issue: "To help pay for child separation from their families, Trump and [the] HHS plan to reallocate money from the Ryan White HIV/AIDS program. This admin plans to help pay for ripping children from their parents arms by taking money away from people living and dying [with] HIV/AIDS."