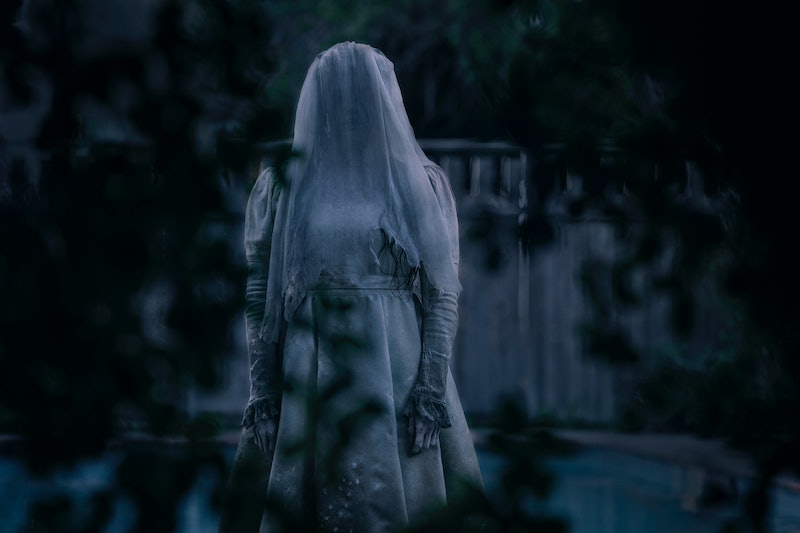 The new film's interpretation of the Mexican folklore has La Llorona (which means "The Weeping Woman") as a mother who has drowned her children, regretted it, and now roams around looking for other children to claim — and then drown. In the film, the ghostly woman played by Marisol Ramirez is a very real figure whose next targets are the children of Anna (played by Linda Cardellini), a social worker.

"I think that's important to honor the legend," Chaves tells reporters during the film's press junket in Los Angeles. "That this has been around for hundreds of years, this is not being folded into the Warren Case Files, that this is a proud, amazing legend that really deserves its own film, its own franchise — if it deserves it — but definitely its own film."

But while The Curse of La Llorona stands on its own, the movie does contain a major link to The Conjuring Universe. The Annabelle franchise's Father Perez (played by Tony Amendola) appears in the movie — along with Annabelle herself in a blink-or-you'll-miss-it cameo. "We did wanna put a couple of Easter eggs for the audience to discover," Chaves tells reporters, when asked about the cameos. "There's parts of the film that I would love for the audience to discover on their own." So keep your eyes peeled for nods to the related films when you hit the theater.

Chaves says he set out to make "the definitive La Llorona story" in The Curse of La Llorona and, during the junket, Chaves and actor Raymond Cruz joke with reporters about the possibility of a sequel — or perhaps a prequel centered around Cruz's Curandero character, Rafael. Joking aside, Chaves will remain in this broader franchise as the director of The Conjuring 3, which will likely be released in 2020, as reported by The Hollywood Reporter in 2018.

Thanks to the movies' successes, the world created in that original film keeps expanding. But The Curse of La Llorona is a standalone film in the mega-franchise — at least until it earns a sequel.