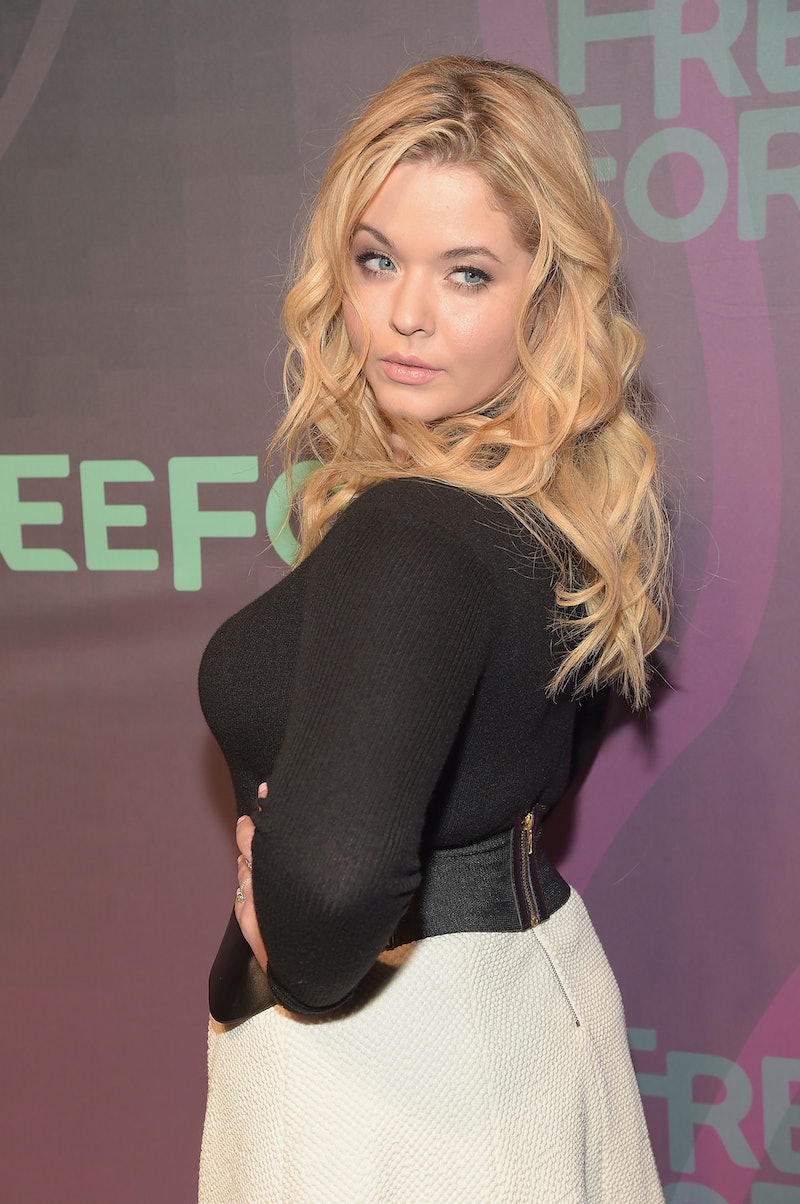 If you've been missing the onscreen stylings of Sasha Pieterse, don't despair. The actor who played Ali from Pretty Little Liars will be appearing on Dancing With The Stars, accompanied by the Russian dancer and choreographer Gleb Savchenko (who was Real Housewives of Beverley Hills star Erika Jayne's partner last season round). If their Instagram post is anything to go by, the pair is already having fun together. Which isn't surprising, since Pieterse told Entertainment Tonight that her parents were professional dancers and that her mom cried when she told her she would be competing; presumably, she's got enough motivation to excel.

But it gets even better. Singer Nick Lachey and his wife Vanessa will be competing against each other, with Nick pairing up with Peta Murgatroyd while his wife will be dancing with the man Murgatroyd married in July — Maks Chmerkovskiy. This is beginning to sound less like a dance-focused reality show and more like a Shakespearean comedy where two couples get lost in a wood and fall hopelessly in love with the wrong people.

And if your reality dance cup wasn't yet full enough, prepare for it to overflow; none other than Malcolm In The Middle star Frankie Muniz (who played the titular character) will also be strutting his stuff on the show.

Feast your peepers on the full list of contestants and dancers below and get ready for a very special season indeed.

It's also worth bearing in mind that, as the show is hitting its 25th installment, there will be plenty in store for the anniversary season. USA Today reported that the mirrorball trophy will switch from gold to silver this time round, for example. Executive producer Joe Sungkur told them that they'll be giving fans "everything they’ve liked best about the show" over the past 24 seasons, which means bringing back the most popular formats, such as Disney and "guilty pleasures" themed weeks. As such, the casting is just the beginning of the fun.

More like this
Twitter Is Very Torn About The Winner Of 'Dancing With The Stars' Season 31
By Jake Viswanath
What To Know About Simon Guobadia’s 3 Ex-Wives & Children
By Brad Witter
Meghan Markle Just Addressed *Those* Wild 'Real Housewives' Rumours
By Sophie McEvoy
We’ve Got A Text! Another 'Love Island' Series Is On The Way
By Darshita Goyal
Get Even More From Bustle — Sign Up For The Newsletter