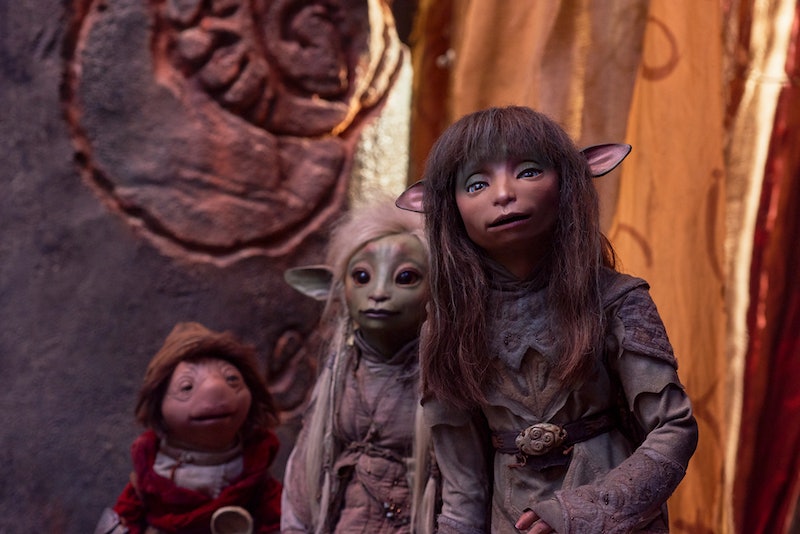 The return of Dark Crystal is set to be furriest fantasy epic you've ever seen. The Netflix series is an all-muppet adventure with Gelflings and Skeksis to spare in a throwback to the '82 film. However, the Dark Crystal: Age of Resistance characters are different from the original film.

That's because The Dark Crystal: Age of Resistance is a prequel to Jim Henson's fantasy film. According to the official Netflix description of the series, here's what goes down:

"When three Gelfling discover the horrifying secret behind the Skeksis’ power, they set out on an epic journey to ignite the fires of rebellion and save their world."

As fans of the film, already know, there are two main races in The Dark Crystal: the Gelfling and the Skeksis. For those less familiar: in Thra, the name of the fantasy land, there are seven clans of Gelfling. Their names are: Vapra the scholars/ruling clan, Stonewood the warriors, Grotton the underground dwellers, as well as Sifa, Dousan, and Spriton. With multiple ruling families, it's very muppets meets Game of Thrones. Their enemies are the Skeksis — the spooky creatures who look like crows and have control of the Dark Crystal... which is very muppets meets Lord of the Rings.

You may recognize the Skeksis' titles (Chamberlain, Ritual Master, General, Gourmand, etc.) from the Dark Crystal film — but since the Netflix series is a prequel, they're not necessarily the same exact characters. The Age Of Resistance is bringing this world back to life for a new story. The creatures are the same, but the adventure is unlike anything you've seen before.

Here are all of the new characters. Like any fantasy epic, there are a lot to keep track of right off the bat. Hopefully, putting names to faces before you dive in will help.

More like this
Does 'Locke & Key’s Ending Mean There Could Be A Season 4?
By Sophia Moore
Netflix Just Rebooted A Classic ‘90s High School Drama
By Maxine Harrison
'The Sandman’s Ending Is A Departure From Neil Gaiman’s Comic Book Series
By Kadin Burnett
Netflix Reveals First Look At Wednesday In The 'Addams Family' Spinoff Series
By Bustle Editors
Get Even More From Bustle — Sign Up For The Newsletter