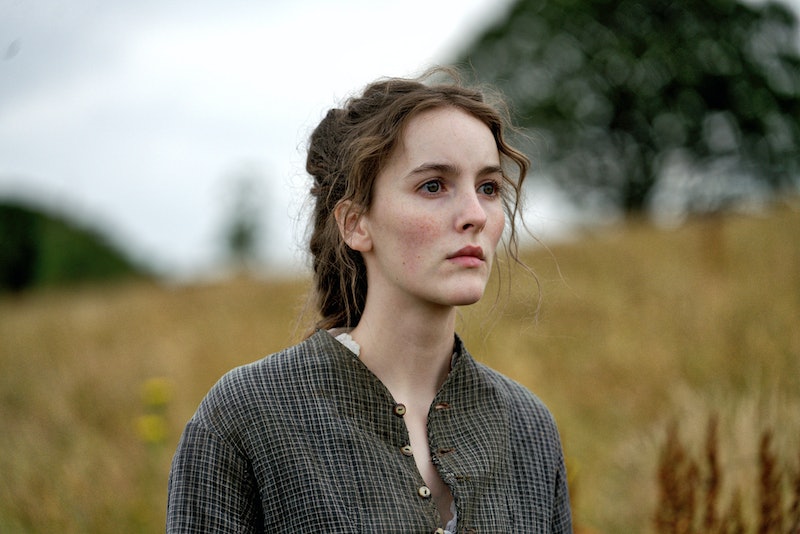 Jamie Dornan may best be known for being the one and only Christian Grey, making it easy to forget his brilliantly dark character in The Fall. Now, the Irish actor is set to make an equally macabre appearance in new BBC adaptation, Death and Nightingales. Just like many of the current TV programmes on air, the series has been adapted from a book. But how does the Death and Nightingales book end and will the series take a similarly nasty turn?

If you don't want to spoil the programme, do not read on. But if you don't mind finding out the entire storyline of what you're about to watch, then you're in for a real treat. Death and Nightingales was written by Irish author Eugene McCabe in 1992. Set in Northern Ireland in the 1880s, the novel's running theme is the clash between the Catholics and Protestants. It follows the story of Beth Winters, a 25-year-old Irish woman who has found out she is pregnant. The father is a young Catholic man called Liam Ward.

This is already a point of contention as Beth's stepfather, a sometimes violent individual who goes by the name of Billy Winters, is a staunch Protestant. When Billy turns on Beth, she hatches a plan to run away with Liam. Hating Billy for his power and wealth, Liam asks Beth to steal from her stepfather.

Eventually, she comes to realise that Liam wants to kill her. In the end, she is forced to become as ruthless as her stepfather and turns on Liam. As the pair set sail on a small boat, she deliberately capsizes the vessel. Liam, who cannot swim, drowns while Beth safely swims to shore. You'd think that this would mean she could live her life under the rule of no man. But at the very end of the book, Beth's stepfather approaches and she realises that she is trapped indefinitely. Told you it wasn't a particularly happy ending.

The BBC series is set to follow the same storyline and has been transformed into three hour-long episodes. According to the BBC, the series will take place on Beth's 23rd birthday (the day she has decided to leave her family for Liam) and will encompass flashbacks to show the relationships she has with various other people. Beth will be played by Ann Skelly while Jamie Dornan will take on the role of Liam and Matthew Rhys will transform into Billy Winters.

The creator of the series, Allan Cubitt, has explained that the series won't be able to cover absolutely everything in the book. “Even with three hours at my disposal I couldn’t do everything that’s in the book — despite the fact that it’s not a long novel," he told the Express.

“But once you start to explore it, it’s immensely dense and so much of the material is in the form of flashbacks that the challenge for a dramatised version [is] how to render those in a way that keeps the forward momentum of the story and yet contextualises this 24 to 36 hour period when it’s Beth’s birthday and the plan is in action.”

Cubitt has also likened the story to Brexit, warning that the UK "can't afford to go back" to how things were in the past. "Representing how divided things were back then is a reminder we can't let that divide reassert itself," he told the BBC.

A powerful note to remember.

Death and Nightingales starts on November 28 on BBC Two at 9 p.m.