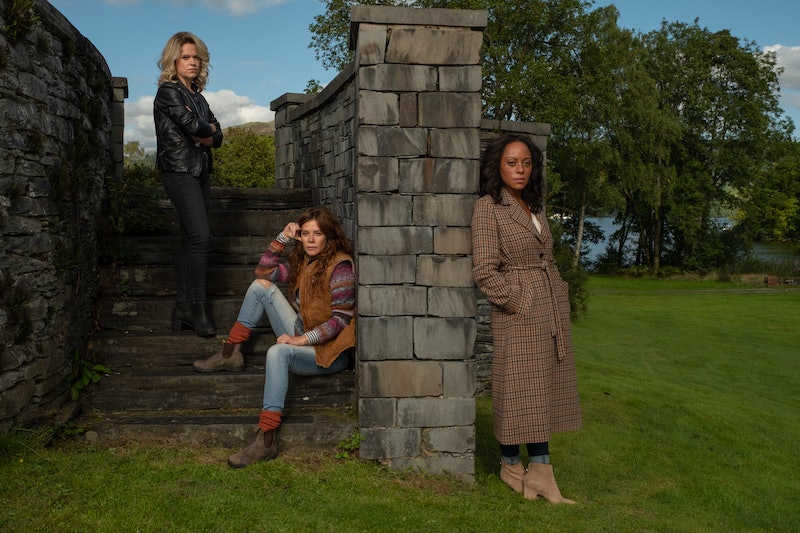 If you're a person who loves to read the book that inspired a series after watching the small screen adaptation, Paula Daly's novels are the ones for you. Two of her books from the Windermere series — Just What Kind of Mother Are You? and The Mistake I Made — have formed the plot of new ITV series Deep Water. While many can agree that both thrillers are real page-turners, the ending of the Deep Water books has divided many readers.

Just What Kind of Mother Are You? focuses on Lisa, a mother-of-three who is looking after her friend's 13-year-old daughter, Lucinda. When Lucinda goes missing and her family blame Lisa, the mother becomes "wracked with guilt" and "sets out to right the wrong." But when she and DC Joanne Aspinall begin separate investigations after more than one disappearance, the secrets of their town's residents begin to reveal themselves. Coupled with creepy thoughts from the supposed kidnapper, the trio of narrators make for an engaging read.

The Mistake I Made is a very different tale. Its protagonist, Roz, is many things: a mother, friend, sister, and physiotherapist. But she is also financially desperate. So when a wealthy stranger offers to pay her an excessive sum for one night in his company, she struggles to refuse. And when her boss hears about her arrangement, he gives Roz an ultimatum: offer him the same, or be accused of theft. Her decision results in a long list of consequences; some of which end in tragedy.

'Just What Kind of Mother Are You?' by Paula Daly
Amazon

The specific endings of both of these books are pretty hard to find — unless, of course, you buy and read them. The book-loving community has made a concerted effort to avoid releasing spoilers, suggesting that the novels end surprisingly.

But that doesn't mean every reader enjoyed them. The Daily Mail described the conclusion of Just What Kind of Mother Are You? as a "sharp, double twist ending" without giving anything away. One reviewer said it "wasn't a disappointment." Some readers, however, weren't huge fans. One wished the ending "had been more believable," calling it "a bit of a letdown."

'The Mistake I Made' by Paula Daly
Waterstones

Readers of The Mistake I Made have revealed that Roz's boss, Wayne, goes missing, leaving Roz wondering whether the police know about her financial predicament. Plus, she still has to deal with the rich stranger who won't leave her alone.. Again, the plot ending is secretive, but it sounds like things don't end too positively.

"I was hoping that things would work out for her in the end," wrote one reviewer. Another hinted a little more, saying: "The ending worked out perfectly. Sometimes justice does not prevail in the way that you think it will or indeed should." And one simply wrote: "The ending made me smile."

As one reader put it, Daly's characters "are not always likeable, but they're just trying to do the right thing." This relatable idea appears to be the premise behind the upcoming Deep Water series.

Merging the stories of Just What Kind of Mother Are You? and The Mistake I Made, it uses detective Joanne Aspinall as a link between the two women, writer Anna Symon said in a statement. As it is a combination of both books, the series could go one of two ways: combine the endings, or come up with a completely new one.

A third woman, Kate, will also feature heavily in the adaptation. She plays the mother of missing teenager Lucinda and is described as wealthy, attractive, and the person behind a highly organised family life. "But is it possible Kate is too good to be true?" reads the synopsis.

You'll have to watch to find out.

Deep Water, a six-part series, airs every Wednesday on ITV at 9 p.m. You can also catch every episode on ITV Hub.