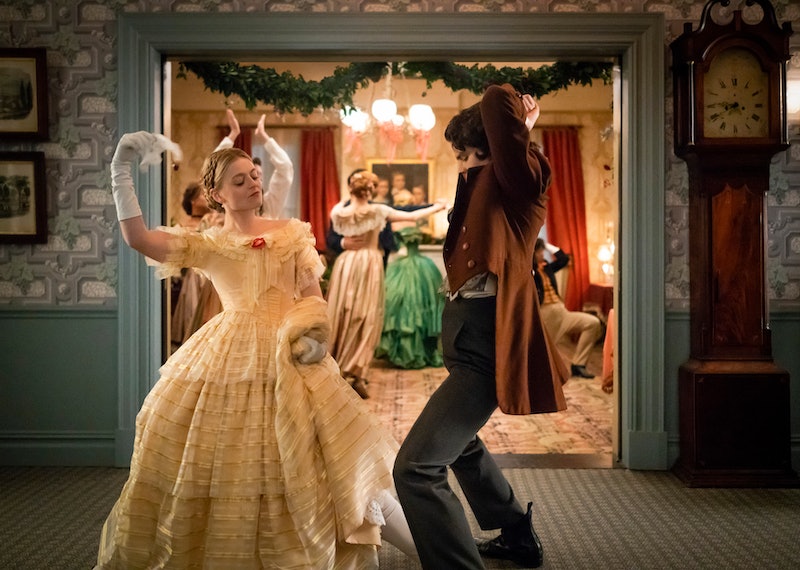 It makes perfect sense that the Dickinson soundtrack exists as a playlist on Apple Music already. Of course an Apple TV+ series has that kind of synergy at the ready. A streaming playlist is also the perfect modern companion to the show, which uses the artists of today to tell a story set over 150 years ago. “There’s some connection to be drawn between poetry as the pop music of its day and the soundtrack of Dickinson which hopefully will be your new favorite playlist,” said Dickinson star Hailee Steinfeld, per Entertainment Weekly.

The fact that the show is an Apple production actually contributed to why the soundtrack is so great, especially when it comes to emerging artists like Billy Eilish. Per Cosmopolitan, an Apple Music executive sent Dickinson creator Alena Smith, who had never heard of Eilish, one of her tracks before it had been released and it ended up in the series pilot. "I listened to the song and I was like, 'This sounds like it was written by Emily Dickinson,' said Smith. "The whole story of Billie Eilish in that she was recording this stuff on Soundcloud in her basement at 17 years old, it's so resonant, and writing songs about death and gothic subjects. It couldn't have been more of a perfect match, and we got to use that song 1000 percent because of Apple Music."

The soundtrack additionally includes tracks from Mitski, Lizzo, Damien Rice, Angel Olsen, Junior Boys, and A$AP Rocky. "We're kind of suggesting in certain ways that poetry might have been like the pop music of its day, which is not untrue," said Smith. "People memorized poems and they were published in newspapers."

The soundtrack also features an original song, titled "Afterlife," from Steinfeld herself, and co-written with Stargate, Kennedi Lyken, and KOZ. “It’s a dream for me when I get to combine my love of music and acting in one,” Steinfeld said to EW in the same interview. “With this show being so inspired by contemporary music, it only felt right that I could at least attempt to contribute, so that’s always a fun and exciting process.” She added, "What’s been so incredible about playing this character is that when we wrapped our Season 1, I went back home to L.A. to continue writing my music. l owe a lot to Emily Dickinson as a writer and as a character I was able to play because I went back into a writing room and I really felt like I could say anything I wanted.”

The Dickinson soundtrack is also, just like, a really great playlist. If this is the kind of quality tune-age that all Apple shows are capable of delivering, bring it on.