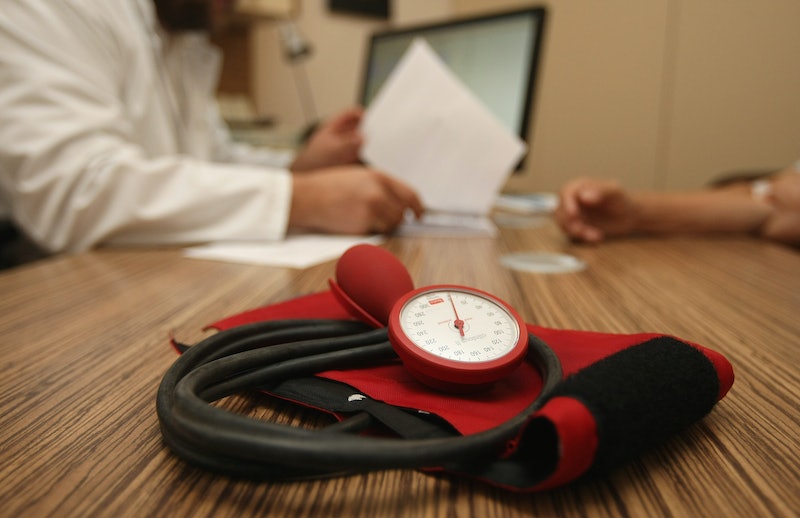 According to new research published in European Heart Journal: Acute Cardiovascular Care from the European Society of Cardiology, women wait longer than men to get help when they have cardiovascular problems. Researchers notes in a recent press release about the study that people often think that heart attacks mostly happen to men, but they’re just as common in women. In fact, heart disease is the leading cause of death in both men and women, according to the press release.

Study author and cardiologist Dr. Matthias Meyer, said that women often wait to report heart attack symptoms because of the misconception that women aren’t as susceptible to heart attacks as men are, and because cardiovascular symptoms in women tend to be different. “Women and men have a similar amount of pain during a heart attack, but the location may be different," he said. "People with pain in the chest and left arm are more likely to think it's a heart attack, and these are usual symptoms for men. Women often have back, shoulder, or stomach pain.”

According to the study, women wait an average of 37 minutes longer than men do before getting medical help with heart attack symptoms, which delays potentially life-saving treatment. “Every minute counts when you have a heart attack,” Dr. Matthias said. “Look out for moderate to severe discomfort including pain in the chest, throat, neck, back, stomach, or shoulders that lasts for more than 15 minutes. It is often accompanied by nausea, cold sweat, weakness, shortness of breath, or fear.”

For the study, Meyer's research team analyzed treatment records from nearly 4,400 heart attack patients treated at their hospital between 2000 and 2016, writes U.S News & World Report. While treatment times by ambulance crews and hospital staff were pretty equal between men and women, according to the study, women were spending 41 minutes longer in ‘ischemia’, which is a lessening of oxygen and blood flow to the heart. Researchers found that, over the course of the 16 year study, these delays in treatment happened mostly because women delayed calling for emergency help.

“This is a worldwide problem,” Dr. Suzanne Steinbaum, a spokesperson for the American Heart Association (AHA) told U.S. News & World Report. Women may delay seeking help for a number of reasons, said Steinbaum. She noted that many women take a “Let’s see what happens” approach when it comes to their health, while focusing primarily on the needs of their families and others.

But some studies show that, even though women sometimes misread their own heart attack symptoms, doctors can also miss the signs of cardiac problems in women patients. Female physicians, and doctors who are more experienced with treating heart attacks in women, tend to produce better survival rates, according to previous research.

Learning the signs of heart attacks in women — for both patients and doctors — is crucial when it comes to better treatment outcomes. According to the American Heart Association (AHA), heart attack symptoms in women can include “Uncomfortable pressure, squeezing, fullness or pain in the center of your chest [that] lasts more than a few minutes, or goes away and comes back.” Pain or discomfort in one or both arms, your back, neck, jaw, or stomach can also be a sign of heart attacks in women, as can shortness of breath — “with or without chest discomfort.” Other symptoms such as breaking out in a cold sweat, nausea or lightheadedness can also mean you need emergency medical care, the AHA advises.

It’s always better to play it safe when it comes to your health, so if you think you might be having cardiac symptoms — even if they seem mild — seek out medical help right away.