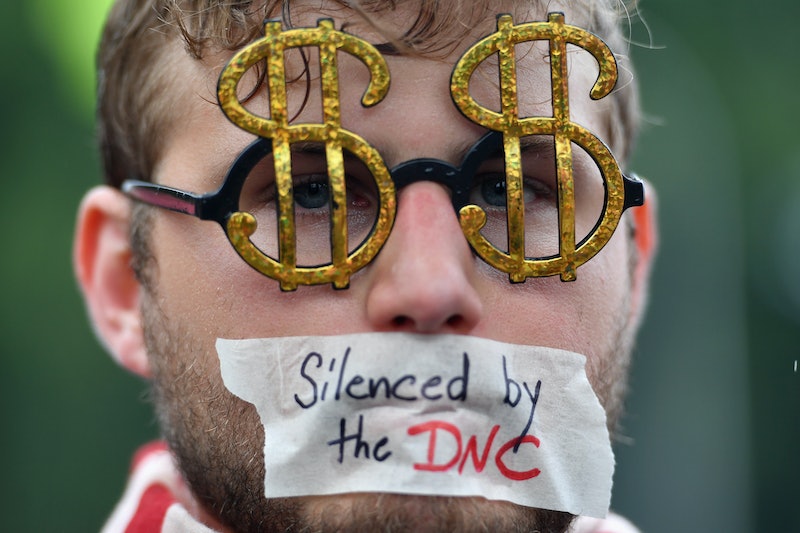 Expect some changes at the next Democratic National Convention. The Democratic National Committee (DNC) voted to limit superdelegates' role in choosing the party's presidential nominee while meeting in Chicago on Saturday. The move to curb the power and influence of superdelegates came as part of a broader package of reforms spearheaded by DNC Chairman Tom Perez and includes efforts to make state presidential caucuses more accessible.

"Today is a historic day for our party," Perez said in a tweeted statement Saturday. "We reaffirmed one of our core beliefs as Democrats: That our democracy works best when every voice is heard. The new DNC is doing things differently... We voted today to return power to the grassroots of our party by reducing the role superdelegates have in the Democratic presidential nominating process, respecting the will of voters."

Under the DNC's new reforms, superdelegates will be barred from casting votes during the first ballot of the nomination process. While superdelegates will be allowed to vote should a second ballot be needed, the reform is still huge news for anyone who's ever felt their vote was overridden by these unbound delegates.

Superdelegates were a controversial aspect of the 2016 election. While a so-called regular delegate casts their ballot at the nominating convention in accordance to how voters in their state voted, superdelegates are unbound delegates. That means they're not required to support the candidate that voters in their state choose, but are instead allowed to vote according to their own personal preference.

In 2016, roughly 15 percent of Democrats' total delegates were superdelegates, meaning that as a block they had considerable influence. In fact, some voters felt that the support of superdelegates gave Hillary Clinton an unfair advantage and ultimately helped her beat Sen. Bernie Sanders to become the Democratic Party's presidential nominee.

Unsurprisingly, Sanders has praised the DNC's decision to limit superdelegates' power. "Today's decision by the DNC is an important step forward in making the Democratic Party more open, democratic and responsive to the input of ordinary Americans," Sanders said in a tweeted statement. "This has been a long and arduous process, and I want to thank Tom Perez and all of those who made it happen."

The DNC also voted Saturday to encourage presidential primaries over presidential caucuses and adopt new rules to increase access to caucuses. According to NPR, the DNC will now require states holding caucuses to accept absentee votes from those who are unable to physically attend the in-person event due to things like a disability, child care needs, or military service.

While the DNC doesn't have the authority to force states to change their rules when it comes to caucuses and primaries, its reform package also includes a series of measures aimed at encouraging states to include independent voters in their primaries and caucuses. Only time will tell how these new reforms will impact the party's 2020 nominating process.