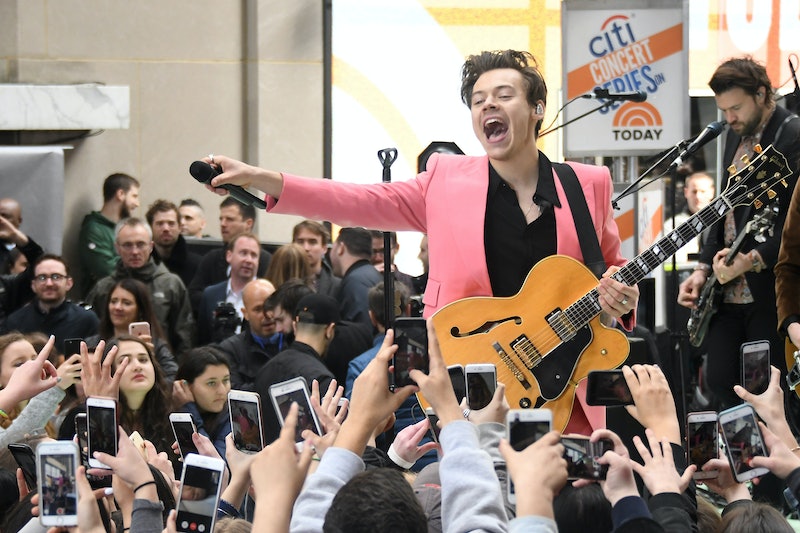 It's an important day for One Direction fans. Harry Styles' self-titled album is finally available for everyone to enjoy. As it usually goes when someone releases new music, there is one particular song we need to discuss immediately. Raise your hand if that duck sound on Harry Styles' "Woman" is now stuck in your head. Ditto, my friend. Ditto. Seriously, what is up with that? It almost distracts from the song entirely.

At first, it sounds like someone moaning or a kazoo, but as the song continues, it starts to sound like a duck. It’s not an actual duck quacking and I don’t believe that Styles' intended for it to sound like one. However, fans have now dubbed it a duck sound, so that's what it is and will forever be. Seriously, Twitter can't get past it.

People are loving "Woman," but they're having a hard time not hearing a duck every time they listen to it. If you haven't heard it yet, you must take the time to do so. Do you really want to be left out when someone starts a conversation about Styles' album and that duck sound effect? Yeah, I didn't think so.

With that said, here is some information that might surprise you. It is actually Styles. That's right, the 23-year-old is making the duck sound. As he told The Radio 1 Breakfast Show with Nick Grimshaw in April (via USA Today) about having his parents listen to the album before its release, "I played it to them the first time and there’s one song on the album where there’s a bit with a vocal effect on it," he said. "The whole album finished then my stepdad said, 'I've one question, where did you get the duck from, how did you get a duck in the studio?' I was like, 'That was me, thanks.'"

Whoa. Are you mind-blown right now? Twitter can't believe it, either.

It Can't Be Unheard

I feel this person so much right now.

People Want To Meet The Duck

Seriously, how is he doing this?

It Is Now "The Duck Song"

It is no longer "Woman."

The duck sound really is making the entire album.

Styles will forever be associated with a duck now.