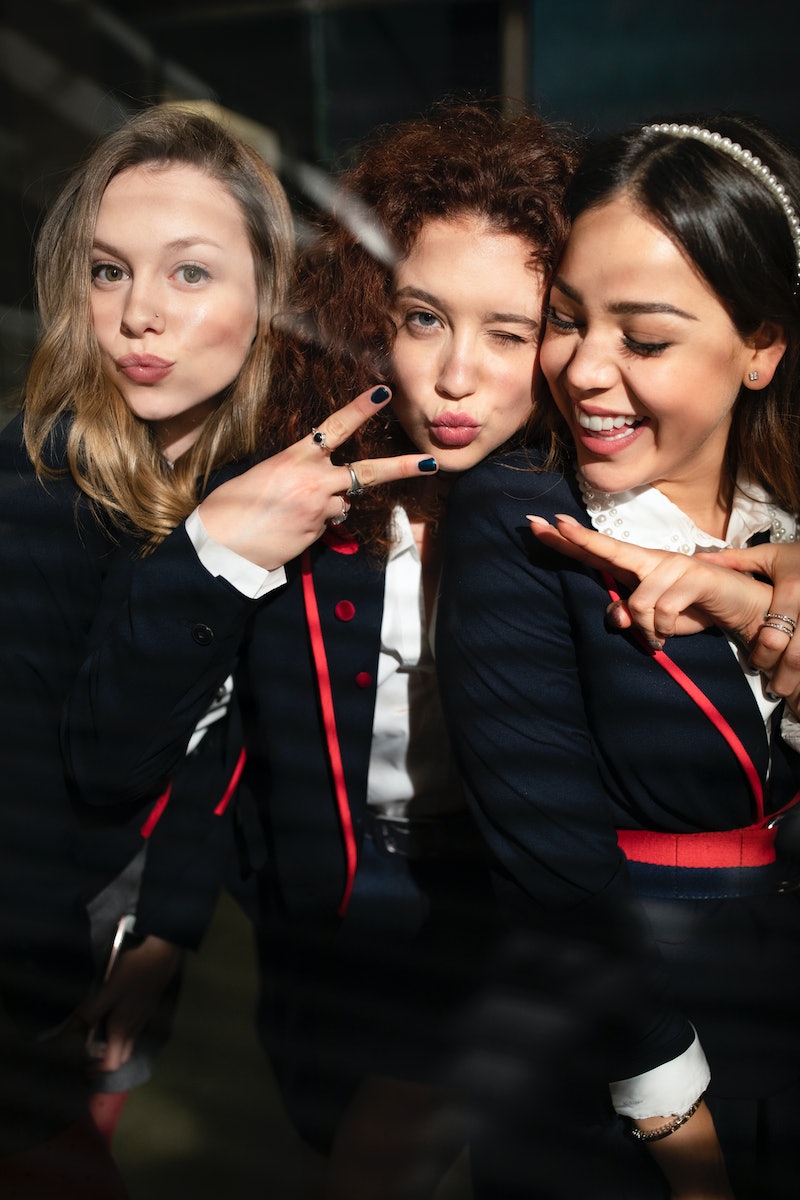 When Netflix's Elite returns for Season 2 on Sept. 6, several new students will be joining the fan favorites from Season 1. The show's Twitter account teased the new Elite characters back in January. "Meet the 3 new faces of Las Encinas! We don't have any info of them yet, but stay tuned!" the tweet read alongside photos of the new stars. In anticipation of the new season (and to keep the content rolling long after you marathon the show), you can follow the Elite cast on Instagram — all of your Season 1 faves and the Season 2 newbies.

In August, Variety reported on the three new cast members, giving a little more information on who and what viewers can expect to see. Jorge Lopez is playing Lu's half-brother Valerio. Claudia Salas is Rebeca, "an outspoken but stylish working-class girl." And Georgina Amorós plays the Instagram famous Cayetana.

In addition to adding new characters for Season 2, co-creator Darío Madrona told Variety that the writers worked hard to expand the stories for all the characters. "For Season 2, we thought that we had the opportunity to explore the characters and the new ones as well. But it was an instinctive decision," Madrona said. Director Silvia Quer said depth of character was also important to her. "What attracted me immediately to the series was that the characters were so well-constructed, so mature and with such rich interior life," Quer said.

Here are all the Elite students you need to know and the actors who play them.

Escamilla only has 41 posts on Instagram. He is pretty artsy on the platform, and a good deal of his photos are in black and white.

Bernardeau loves surfing, so you'll see many photos on his feed of him at the beach.

Herrán loves sharing photos of his dog and also throwback shots of him as a child.

Lorente is more of a cat person.

Based on Rico's Instagram, he is awfully cuddly with his co-star Ester Expósito...

Expósito also plays Rico's girlfriend on the show. She has a ton of glamorous selfies on her own Insta.

Piper's Instagram is also fairly artsy, but he'll still throw in a selfie every now and then.

El Hammani will give you fashion inspo and envy if you follow her.

Ayuso also doesn't post much on the social media site, but he'll throw up the occasional vacation photo for #TBT.

Paola's IG is as glam as her own character's Insta would be.

The Elite newbie loves as selfie almost as much as she loves a throwback pic from her childhood.

Amorós is one of those people who still puts filters on her photos, but she's totally pulling it off.

Lopez mixes in photos of himself on his grid with artsy shots of nature or other celebs.

Catch the cast online on their IGs and also in the new season when it drops on Sept. 6.