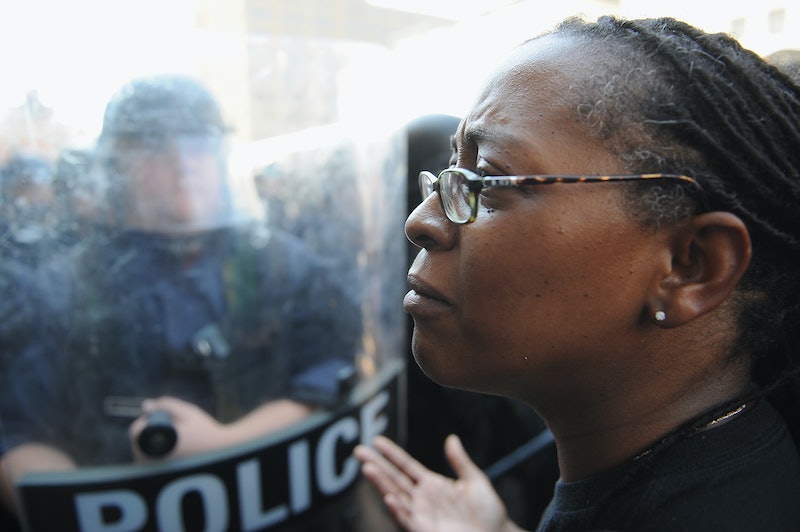 If you were asked to define racist language, you'd probably go straight for slurs and insults, for an understandable reason. However, people have also known for a long time that English as it's currently spoken contributes a lot more to structural racism than you might think from casual conversation, and it matters immensely. Experts are increasingly turning their attention to how the structures within the English language can be racist or contribute to racist thinking, how that's holding English speakers back, and the ways in which it might lead to new understanding about inclusive language.

Racist assumptions in English usage have been the focus of a lot of attention over the past few years, because of the differing ways the media has treated Americans of different races. Hurricane Katrina provided an excellent example (in coverage of the aftermath, Black people tended to be described as "looting" supplies, while white people "found" theirs). But the issue has continued to turn up, most recently in the media coverage of Stephen Paddock, the white perpetrator of the deadliest mass shooting in recent American history as Las Vegas, described as a "lone wolf" and "quiet type" who "sent cookies to his mother," according to several major news outlets. Critics compared this narrative to the media's treatment of Black victims of police shootings, from Mike Brown to 12-year-old Tamir Rice, which often used racist stereotypes to create a negative impression of the victim. They also point out how the news cycle developed around the last most-deadly shooting in America, at the Pulse nightclub in Orlando in 2016, which was perpetrated by an American man of Middle Eastern descent allegedly allied to Islamic State. But racism in the English itself, according to scholars, isn't just about how we use it; it's also contained within the language itself. And that, they argue, is a massive barrier to racial equality in English-speaking places.