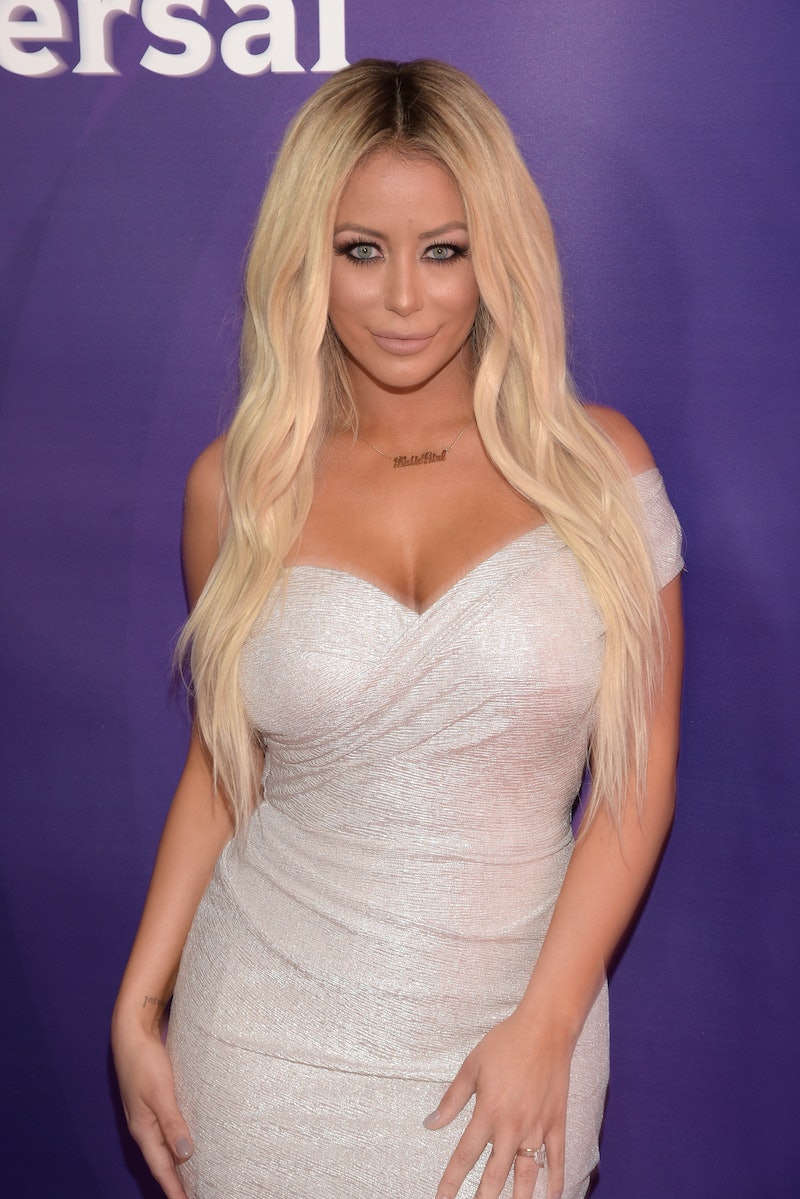 Summer is the time for finding love in tropical places — at least according to shows like Bachelor in Paradise, Love Island, and MTV's Ex on the Beach, the latter of which is returning for its third season on July 16. On the show, a handful of singles show up in Malibu looking for love, only to have their exes come cone crash their vacation. Will they rekindle things? Will they hate seeing their ex flirting right in front of their faces? It all depends on the people in the Ex on the Beach Season 3 cast. Maybe they're way chill. (Although it's reality TV, so... probably not.)

According to MTV, the cast includes an original, star-studded lineup of "singles," as well as their "exes," who arrive on the show later looking for closure and/or love themselves (or fame, because, again, this is reality TV.) The unique thing about the show is that not all of the exes are also famous, so you'll see some familiar faces, but also a few brand new ones — which usually makes for an interesting melting pot of hookups and drama. Here's who you can expect to show up on the beach this season.

The singer-songwriter has been on several reality shows before, including Marriage Boot Camp and Famously Single. Now, she'll hit the beach to be ambushed by her ex. If she can't find love here, she recently told MTV that one of her exes is Donald Trump Jr., who she still considers her "soulmate." Maybe he'll give her another chance...

The Big Brother star tried to make things work with fellow houseguest Elena Davies, but the pair eventually broke up after the show.

Davis, Mark's Big Brother ex, will join him on Ex on the Beach to re-hash their relationship while chilling on the shore — a much more fun location than the cramped BB house.

The rapper once reportedly dated Blac Chyna, but she's not reported to be one of the exes appearing on the show.

The musician appeared on ABC's competition show Boy Band, but he was eliminated on the first episode. Now he's looking to make a splash on the beach.

The actor appeared in Magic Mike XXL as a fireman, so you know he'll bring the heat to Malibu.

Kenya tried to find her perfect match on Are You The One? Season 7, but the relationship didn't last.

Kenya's Are You The One? ex Tevin is crashing the beach. Maybe they'll give things another go?

Geles tried her hand at finding TV love on Are You The One? Season 6.

Anthony is on Ex on the Beach as Geles' ex. The couldn't stay together after AYTO?, so it'll be interesting to see how everything plays out this time around.

These twins are social media stars that appeared on Netflix's show Inst@famous. Now they're potentially going to become TV famous thanks to MTV.

The Challenge star is no stranger to dating shows, having competed on Are You The One? in Season 3. But he left that show as just friends with his match. Now he's in Malibu trying to find love again.

Marie competed on The Challenge in addition to The Real World. She's showing up on the MTV series as one of the "exes" on the beach.

Another "ex" on the show is Shannon from Are You the One? Season 5. She dated Anthony Martin as well, so he apparently has two exes to confront?

The Are You the One? and Challenge star is looking for love and probably hoping that being someone's ex doesn't make things too awkward.

MTV listed Lisa as just a "celebrity ex," but she's doing a lot of cool things on her own too. According to her Instagram, she's the founder and designer of Coconut Village, a chic fashion brand.

Not much is known yet about this "celebrity ex" (besides that Kenya Scott said in the above video that she was a "sweet f*cking girl), but all will likely be revealed soon.

This celebrity ex is also a mystery for now.

Cara is another celebrity ex. She's also a model. It's not immediately clear from her Instagram whose ex she is, but we'll find out soon enough.

Kelli is a YouTuber and singer, but it's again unclear whose ex she is.

Emily is a gym fanatic. Seriously, that's basically the only thing this celebrity ex posts on her Instagram. She's likely pumped to be able to show off her bod on the beach.

Another mystery celebrity ex! This show is going to be shocking with all of these mystery contestants.

This celeb ex is flying under the radar until he makes his appearance on Ex on the Beach.

The final mystery ex is Tyler, and you'll just have to watch the show to find out who he and the rest of the cast really are. Tune in July 16 on MTV at 8 p.m. ET.

More like this
Mara Hung Out With These 'Bachelor' Friends Before Joining 'Paradise'
By Grace Wehniainen
Yes, That Is Victoria & Another ‘BiP’ Alum In Zach’s ‘Bachelor’ Trailer
By Kadin Burnett and Grace Wehniainen
Everything To Know About 'RHONY' Season 14
By Jake Viswanath and Alyssa Lapid
Twitter Is Very Torn About The Winner Of 'Dancing With The Stars' Season 31
By Jake Viswanath
Get Even More From Bustle — Sign Up For The Newsletter