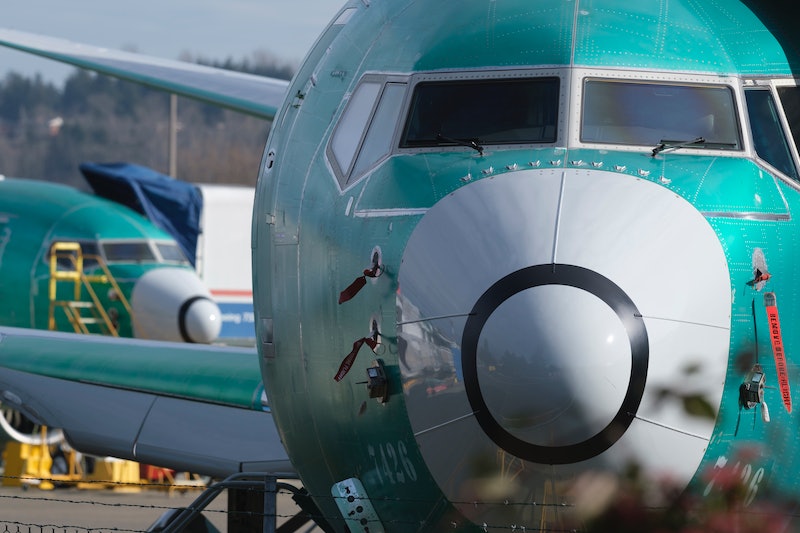 In light of the Ethiopian Airlines crash that killed 157 people on Sunday, countries around the world have grounded the Boeing 737 MAX, the model that went down on Sunday. The U.S. isn't one of those countries, however, and the FAA's statement on Boeing 737 Max planes explains why the agency is still allowing them to fly to, from, and within America.

"The FAA Continues to review extensively all available data and aggregate safety performance from operators and pilots of the Boeing 737 MAX," FAA Acting Administrator Daniel K. Elwell said in a statement published on Twitter. "Thus far, our review shows no systemic performance issues and provides no basis to order grounding the aircraft. Nor have other civil aviation authorities provided data to us that would warrant action."

Many other countries and organizations, however, have decided otherwise. The European Union announced Tuesday that it would be grounding all Boeing 737-8 and 737-9 MAX jets in light of the crash, ensuring that the plane won't be flying over European land. Australia has also banned the planes from its airspace, as has China, Kuwait, and a host of other countries. According to MarketWatch, over half of all 737-8 planes — the specific sub-model that crashed in Ethiopia — have now been grounded.

There's a logic to those decisions. Although the cause of Sunday's crash hasn't yet been determined, it was the second Boeing 737 MAX plane to go down in five months, following the Lion Air crash over Indonesia in October.

That's not the only similarity between the two disasters. According to the Washington Post, both of the planes crashed within 15 minutes of takeoff, and preliminary reports suggest that both of them also had difficulty gaining altitude and dipped up and down several times before plummeting.

"Given in both air crashes, the aircrafts were newly delivered Boeing 737 Max 8, and both accidents occurred during the takeoff, they share certain similarities," China's aviation administration said in a statement Monday, according to CNN.

The latest crash has many travelers wondering if their upcoming trips are supposed to utilize a Boeing 737 MAX. At least one airline, Southwest, has said that if customers with a booked flight on a Boeing 737 MAX plane want to change to a different aircraft, the airline will waive any fees normally associated with that, CNBC reports.

Although the FAA isn't grounding the Boeing models just yet, it left the door open to doing so at a future time, depending on what the investigation into the most recent crash turns up.

"In the course of our urgent review of data on the Ethiopian Airlines Flight 302 crash, if any issues affecting the continued airworthiness of the aircraft are identified, the FAA will take immediate and appropriate action," Elwell said in the statement.

America isn't the only country to continue allowing Boeing 737 MAX planes to enter its airspace despite the recent crash: Canada has also resisted calls to ground the jets, the Financial Post reports — but it has had to cancel flights into countries that did ban it.