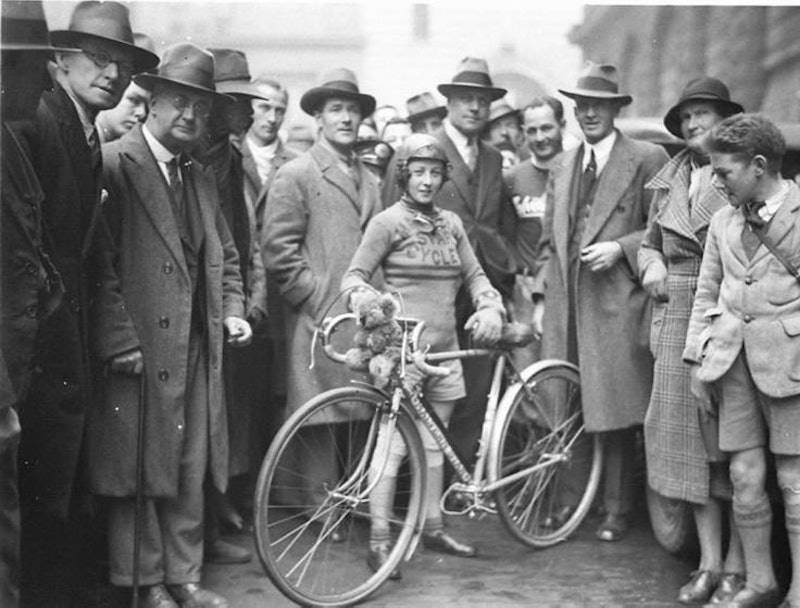 Tinkle your bells and fasten your helmet — it's National Bike Month, which means it's time to delve into the history of this most feminist of machines. Yes, you read that correctly. In ways both explicit and subtle, the invention and popularization of the humble two-wheeled bicycle in the 19th century helped move the cause of female equality and freedom forward in the modern world; even today, there is no more feminist way to get around.

Before the bicycle came along, women were expected to progress on foot, in carriages, or on horseback, always while supervised and preferably with the utmost slowness and delicacy. How you traveled denoted your class; to be walking the streets was seen as a highly suspect activity, and was tightly moderated among 19th century women of the upper classes, who were meant to stay largely indoors or to venture outside only with chaperones and in acceptable public spaces.

Various inventions changed that, from the department store to the car — but the bicycle was likely the most crucial of them all. Inexpensive, easy to use and capable of high speeds, the velocipede, as it was then known (the women who rode them were known as "velocipedestriennes" at the time), would remake the world for women in the 19th century, and has done so ever since. Get on your bikes and let's have some fun.

More like this
25 Inspiring Quotes From Black Women To Celebrate Black History Month
By Kyli Rodriguez-Cayro and JR Thorpe
6 Anti-Police Brutality Organizations You Can Support Right Now
By Syeda Khaula Saad and JR Thorpe
How To Turn Off TikTok Profile Views So You Can Stalk Other Accounts In Secret
By Alexis Morillo
24 History-Making Black Women You Probably Didn't Learn About In School
By Ayana Lage and JR Thorpe
Get Even More From Bustle — Sign Up For The Newsletter
From hair trends to relationship advice, our daily newsletter has everything you need to sound like a person who’s on TikTok, even if you aren’t.