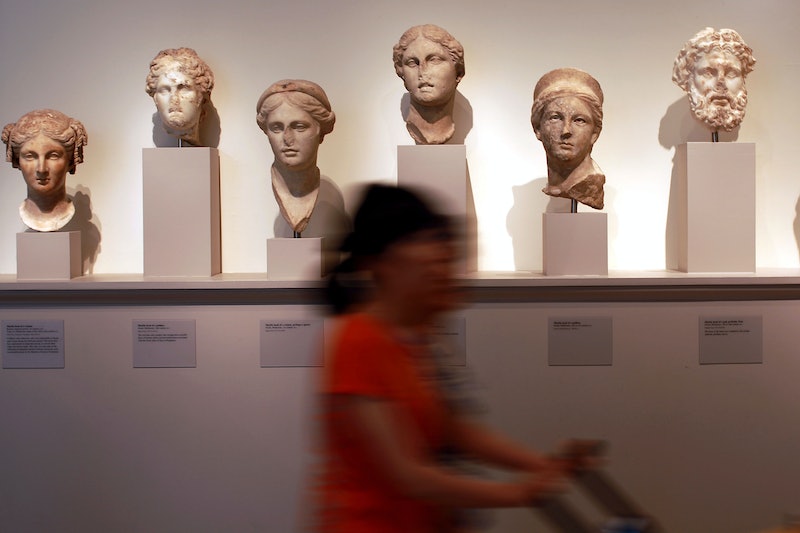 It's here! The nation's first museum dedicated to women in American history is opening in New York City this spring, and it won't be the last. Brought to us by (and sharing a building with) the New York Historical Society, the Center for Women's History officially opens on April 29, though you can go see at least one of its exhibits now.

You may be thinking, "What? There are currently no women's history museums in the U.S.?" And the unfortunate answer to that incredible question is yes. As the New York Times recently reported, the Center for Women's History will be the nation's first museum to permanently highlight historical figures who are women and U.S. women's history.

To be clear, there are definitely other museums in the U.S. that highlight women. There's the National Museum of Women in the Arts in Washington, D.C., the International Women's Air & Space Museum in Cleveland, and the Spelman College Museum of Fine Art in Atlanta. But when it comes to women's history in general, the Center for Women's History will be a pioneer.

So if you have any future plans to head to the Big Apple, this new museum may be worth checking out. Here's what to expect from the Center for Women's History.

One of the Center's permanent installations includes a multimedia exhibit called Women's Voices, which will highlight the stories of major as well as lesser figures from American history. The museum will also feature rotating exhibitions, such as Saving Washington, which opened March 8 and focuses on women's contributions to America's founding and formation. One that I am most excited for, though, is the Billie Jean Archive, donated to the museum by the tennis legend herself. Selected items from the Archive are on display now and will be featured in the Center.

The Center is hosting a number of events in the lead-up to its official opening, with some for families and others for a more academic crowd. Check in on the Center's website to stay up to date with the museum's events calendar.

Aside from its public events, the Center also offers programs especially for classrooms and teachers, as well as a curriculum guide. Additionally, the Center already hosts an annual women's history conference and offers fellowships for historians. Can't make it to NYC? The Center collaborated with Columbia University to produce a self-guided course called "Women Have Always Worked," available online for free.