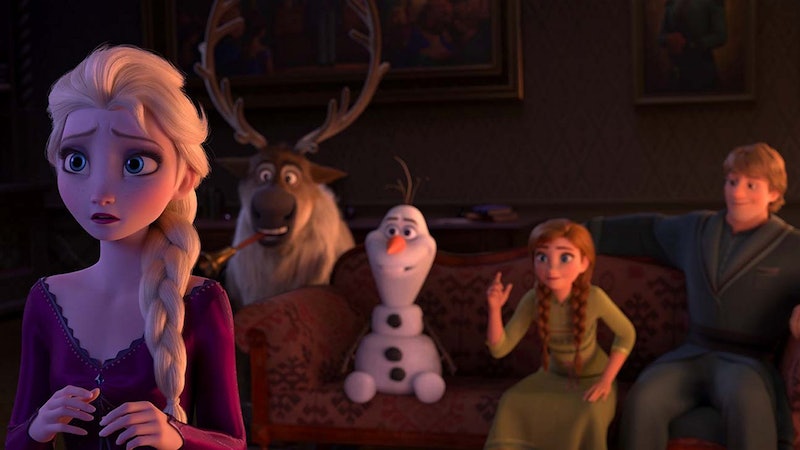 Do you want to build a snowman? Fans of Disney's smash hit Frozen will get a second chance to do so when Frozen 2 hits theaters November 22. The Frozen 2 voice cast features lots of returning favorites, including the original voices of sisters Anna and Elsa, ice harvester Kristoff, andliving snowman Olaf. Even treacherous prince Hans returns, though as he was banished from Arendelle, he'll probably show up once Elsa and Anna leave and head north on a journey to save their kingdom.

Since the film focuses on the origin of Elsa's powers, some smaller roles from Frozen were expanded for the sequel, notably that of the king and queen of Arendelle. Previously voiced by beloved character actor Maurice LaMarche (the Brain from Pinky and the Brain, among many others) and Frozen director Jennifer Lee respectively, the king and queen are now voiced by actors Alfred Molina and Evan Rachel Wood.

On their journey, the sisters and Kristoff encounter the Northuldra tribe and members of their own kingdom who became trapped in an enchanted forest. The majority of new voice actors are members of the Northuldra tribe, who are wary of Arendelle and its people as they were burned in the past. To find out the how and why, you'll have to watch Frozen 2 unfold for yourself. But in the meantime, get familiar with the faces behind the voices, old and new.