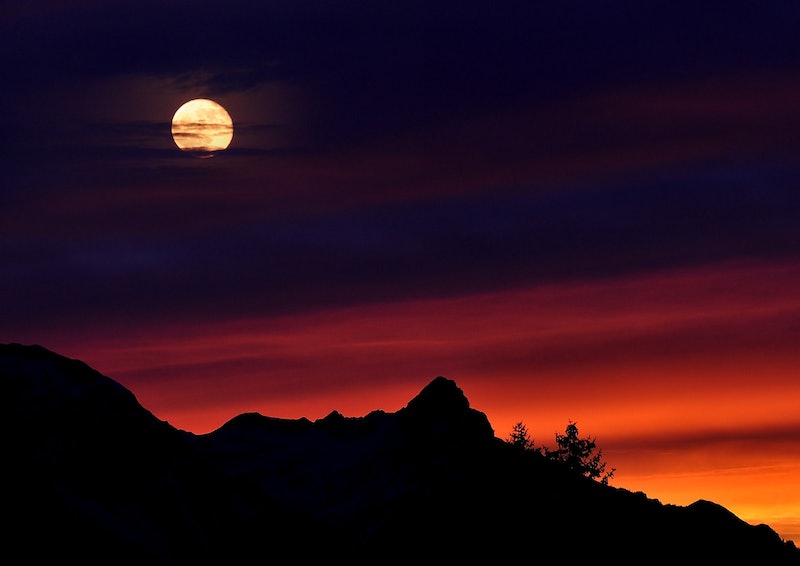 These days, most people go about their business without noticing the lunar cycle unless there's some particularly spectacular celestial event going on. In the days before desk calendars and smartphones, however, the moon was one of the best ways to keep up with the changing seasons — which means that people got creative, using full moon names to distinguish between cycles. But even if knowing that June is home to the Strawberry Moon isn't essential to our everyday survival anymore, it can still be kind of fun to keep track of the year based on each month's unique full moon.

According to Space.com, the practice of naming the full moon was common in Native American cultures, such the Creek people in the southeast to the Comanche living in the southern plains, but it wasn't exclusive to North America. Some Europeans adopted the custom when they arrived on the continent, and according to EarthSky, cultures in the Southern Hemisphere named their full moons as well. The names themselves tended to differ between peoples; today, the best-known names are those created by the Algonquin people of the northeast.

In fact, The Farmer's Almanac still lists these names each year for reference. Although the names themselves remain the same, the lunar cycle is only about 29 days long, so the exact dates of the full moon change from year to year. It can be hard to keep up with for a layperson, so here are the names and dates for each full moon in 2017.