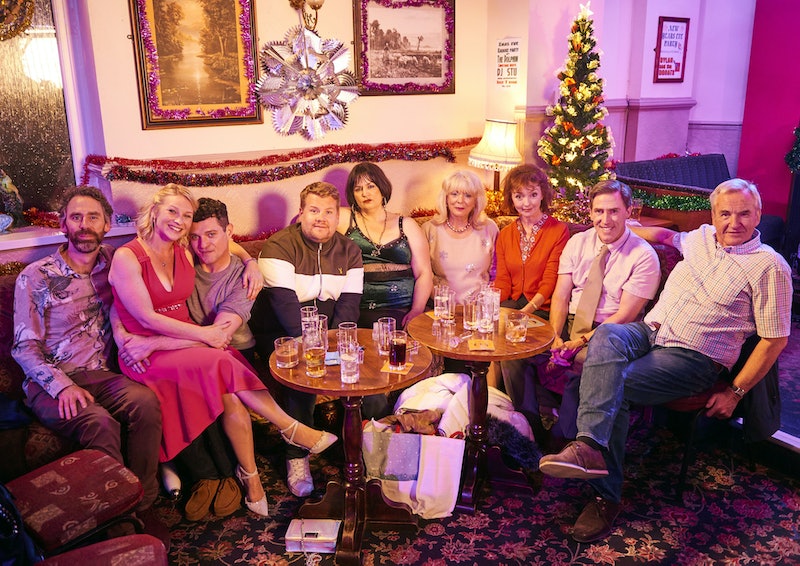 If you're a Gavin & Stacey fan, you'll no doubt be counting down the days until the long-awaited Christmas Special. And the good news is you can get a small fix in the mean time, as a Gavin & Stacey Christmas Special teaser trailer has been released. Yep, the 30 second clip will give you a taste for what's to come, and you can watch it on the sly in your office right now!

The clip, which only lasts 33 seconds, shows Uncle Bryn (played by the ever-hilarious Rob Brydon) cooking the Christmas dinner, and undergoing, well, what can only be described as a bit of a 'mare. Bryn is first seen opening the oven to find a slightly over-fried turkey, before reaching for his iPad (complete, presumably with minute by minute instructions) and picking up his walkie talkie to reach out for help.

"The table should have been set 37 minutes ago and the plates are still at Stacey's," he tells whoever might be listening on the other line. He then burns his finger on a pan, before a loud crash is heard. Stacey and Gwen rush to the kitchen to find a frazzled Bryn on the floor picking up food he has clearly dropped. Bless him!

The clip ends with Bryn ironically telling the women dinner would be just a little late: "Stacey would you kindly tell everyone that dinner will be ever so slightly delayed?" he asks.

As well as the trailer, a first group photo has also been released, showing the entire cast. This is the first image we've seen show creators James Corden and Ruth Jones in.

Corden first announced the Christmas special back in May with a tweet, much to fans' delight. He also wrote: "Ruth Jones and I have been keeping this secret for a while ... We’re excited to share it with you. See you on Christmas Day."

The last time the show aired was in 2010 during a New Year's Day special episode. Roll on Christmas.