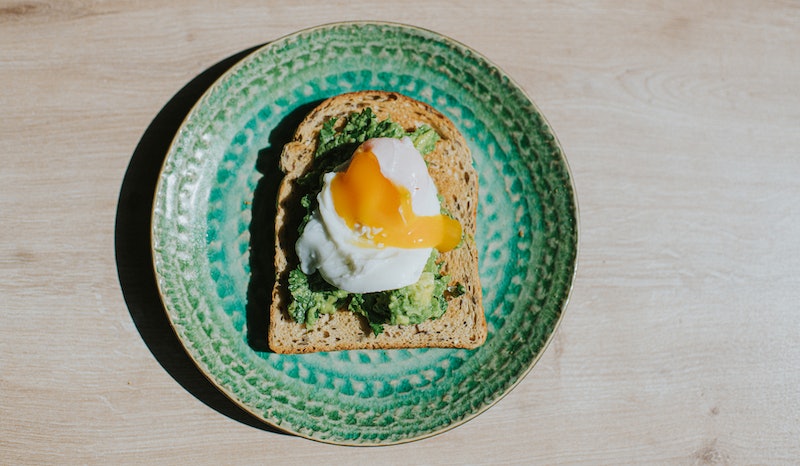 Over the weekend, Gen Z officially declared a generational war on Millennials, attempting to cancel them into Boomerville. Attacks included memes and vicious Tweet threads reducing Millennials to Harry Potter fanatics and overpriced coffee enthusiasts. While Millennials might be used to getting called out for paying extra for guac and for having a hard time #adulting, they were not prepared for the public teardown by their junior generation.

For months, Gen Z vs. Millennial content has been popular on TikTok, with the generations playfully poking fun at each other. The war went viral on June 13, when TikTok user @mayalepa posted a video saying she was "tired of Boomers bunching Gen Z and Millennials together" because she personally doesn't want to be "associated with people who still think that Harry Potter movies are a personality trait." In the comments, users trolled Millennials for being obsessed with pizza and wine and living their lives according to BuzzFeed quiz results. Twitter user @local__celeb Tweeted a screenshot of some comment section highlights on June 14. What was once a low key TikTok trend became an internet-wide conversation overnight.

By Monday, Millennials were already in on the joke. (The older generation comprises people born between 1981 and 1996, per Pew Research Center, where Gen Z is anyone born after 1997.) Millennials are notoriously self-deprecating, so while some were defensive, most were able to roll with the punches.

But what exactly does Gen Z have on Millennials? According to Abby, a 23-year-old self-proclaimed "cusp identifier," Millennials' reputation is not as dirty as Boomers', but it is "annoying af." Though Abby relates to "the existential dread felt by Millennials, coupled with the terrifying job market," she relates more with the youth culture of Gen Z. Abby recognizes that Millennials "paved the way for Gen Z" with "activism and internet culture," but it's her opinion that Gen Z has perfected both efforts. When it comes down to it, Abby says the war is just Gen Z defending themselves against Millennials who "talk down to them."

Ken, 25, aka @isawken on Twitter, sarcastically Tweeted a plea to Gen Z, asking for asylum for not being a *regular* Millennial, but a *cool* Millennial. A handful of users claiming to be Gen Z mocked the Tweet in the thread. Still, Ken aligns with the Gen Z point of view, and believes Millennials have been too defensive. "Literally who gives a f*ck if teens are making fun of you on the internet," Ken tells Bustle. "Millennials seem to have a sense of pride veering into territoriality about being the first generation to grow up with the internet." To Ken, Gen Z is responding to that air of self-importance when they mock Millennials. "I’ve seen Tweets from people my age referencing all the hardships our generation has had, and while they are valid, I just think it’s unnecessary," she says. "We may have grown up with 9/11, a housing crisis, a devastating recession, a stagnant minimum wage, and countless other bullsh*t, but I don’t think anyone can disagree that Zoomers are facing hardships beyond that."

Gretchen, a 24-year-old high school teacher who deals with Gen Z-ers on a daily basis, calls the whole thing "petty." "It's bizarre to me, because Millennials should know what it's like for Gen Z being blamed for things or being put down because of their interests and age." Despite being very familiar with both generations, Gretchen says she just doesn't get the hate. "Ragging on someone's interests, especially generationally, is divisive and pretty unhelpful," she tells Bustle. What's more, Gretchen notes that if both generations were to really level with each other, they would see that they "agree on more than then they disagree on."

So what does Gen Z want from Millennials? According to Ken, it's simple. "Let the teens have their fun. Let them do their Fortnite dances on TikTok while text pops up on the screen about how Millennials love putting their Hogwarts house in their bio... they’ll be facing total societal atrophy soon."