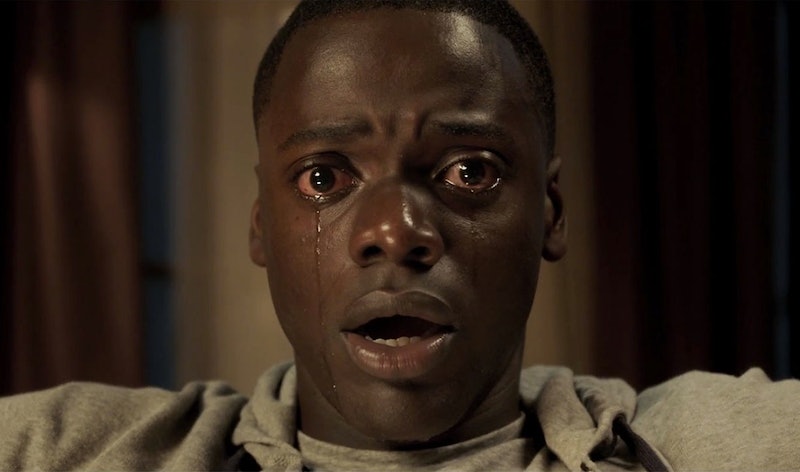 Say goodbye to the Mannequin Challenge, because there's officially a new viral trend sweeping the internet. Inspired by Jordan Peele's horror-comedy, Get Out, Twitter users have been re-creating a scene from the movie and sharing their results online. It turns out the moment is harder to pull off than it looks, because the ensuing Get Out challenge videos are hilariously, well, challenging.

In the film, Chris (Daniel Kaluuya), a Black man, travels to his white girlfriend's family estate to meet her parents for the first time. While there, he ducks outside for a smoke, where he runs into the family's handyman, Walter (Marcus Henderson) — literally. The guy comes sprinting directly toward him, only to make an abrupt right angle turn just before colliding with Chris (and the camera). The Get Out challenge features people trying (and failing) to make the same sharp turn.

Some People Seemed Born For This

And Others Just Weren't Up To The Task

I feel like these should come with one of those "Don't try this at home" warnings, but I'll just leave you with this: don't fall.