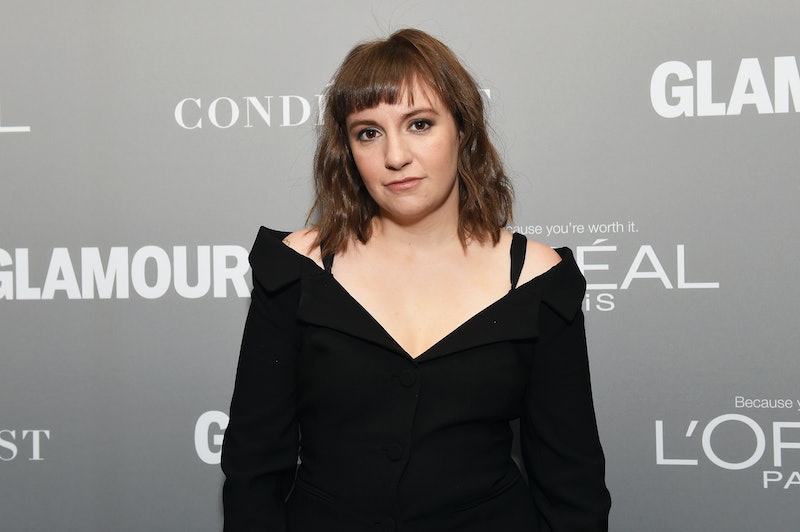 Though it only aired last night, there's already been much said about the Girls series finale. Many fans have argued that the penultimate episode, "Goodbye Tour," should have been the last. It felt conclusive and neat, while "Latching" was left more open-ended and uncertain. But the show rarely does anything without intention, and, as it turns out, that disparity was exactly the point.

In an interview with Deadline, Lena Dunham said that the Girls series finale was a beginning, not an ending. "[T]he goal was absolutely that. We did a bit of a more traditional ending in nine, and then approached [10] in a different way ... [Judd Apatow] was like, 'Let’s not do this the way it’s always been done, let’s crack our brains open,'" she told the outlet. She continued:

"For Episode 9, which was the episode that was wrapping up our more traditional storylines, we had Nisha Ganatra who’s an amazing director we had never worked with before, so she brought this very fresh perspective to an episode that was really tying up old stories. Then Jenni came in and really, really, really treated it like a film. So those two directorial styles I thought, was a really exciting contrast."

In that context, the finale begins to make a little more sense. Certainly, Girls could have wrapped with "Goodbye Tour," and it would have been a perfectly fine resolution: clean, well-rounded, emotionally satisfying. But there were parts of Season 6 that felt rushed. After years of struggling to make the leap into adulthood, each character suddenly found themselves exactly where they needed to be — not in a traditional, dream-come-true kind of sequence, but in a way that put them in a realistic place to finally press forward.

"Latching," then, felt like a necessary addendum, proving that their growth was not gratuitous; it actually stuck. It was rewarding, after all this time, to see the kind of mother Hannah becomes, and comforting that not all of her friendships fall apart. Jessa and Shoshanna have (rightfully) moved on, but Marnie was able to see past her own selfishness and step in when Hannah needed her most — even if it was because she had nothing else to cling to. It's also hopeful: The show seems to suggest that Hannah and Marnie will, eventually, overcome their toxic co-dependency and find a more realistic way to be in one another's lives. "Goodbye Tour," on the other hand, implied that all four women went their separate ways.