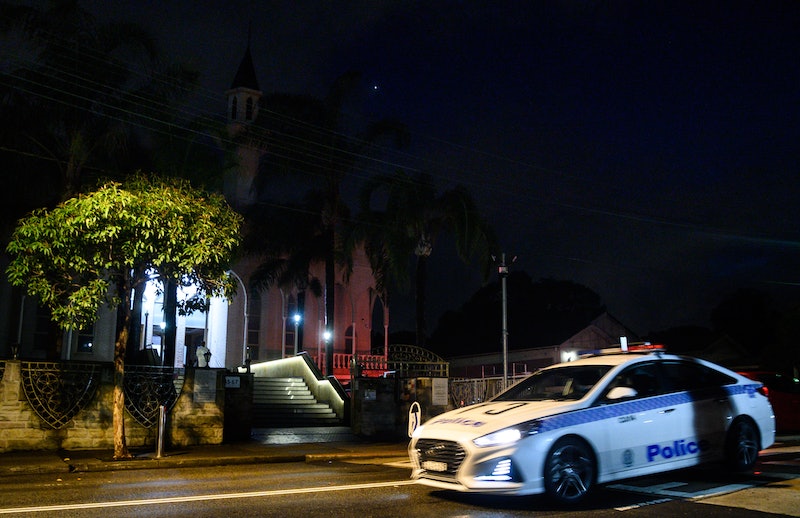 Five Denver banks have been robbed since the end of March, and the authorities are on the hunt for the woman behind the thefts. The FBI is searching for the so-called "Glamour Shot Bandit," who police say wears heavy makeup, large hats, and big sunglasses during her heists.

The FBI described the suspected robber in a crime alert as a light-skinned black woman who's roughly 5 feet, 5 inches tall, has a slender build, and is in her 20s or early 30s. Because she allegedly used a handgun during one robbery, the FBI's release asking for the public's help in identifying the "Glamour Shot Bandit" warned that her "level of violence is escalating." There's currently a $2,000 reward for anyone who can help catch the bank robber.

The thefts have become more frequent, with the FBI's release saying the "Glamour Shot Bandit" robbed two banks on Tuesday and attempted to rob a third — all within a two-hour window. The previous thefts all took place days apart, beginning on March 22. Including the attempted robbery this week, she's suspected of hitting six banks in three weeks.

The Denver Police Department and the Rocky Mountain Safe Streets Task Force are assisting the FBI with the investigation.

All of the robberies have happened in Denver between 2 p.m. and 6 p.m. She hit Vectra Bank, First Bank, TCF Bank, and two Key Banks locations, though the FBI didn't reveal just how much money she's stolen.

"Please be on the lookout for anyone matching the suspect’s description," the FBI wrote in its release. "Be aware of anyone similar who might have recently changed their spending habits or discussed coming into money suddenly." It also noted that bank robbery is punishable by a 20-year prison sentence for each offense and increases if a dangerous weapon is used.

The "Glamour Shot Bandit" has already amassed some fans online, though — no doubt in part because of the catchy name given to her by the authorities.

Her crime spree is reminiscent of other notorious female bank robbers like Bonnie Parker (of the infamous Bonnie and Clyde duo). The FBI's 2018 statistics on bank crimes show that just 7 percent of known bank robbers last year were women.

In 2007, two 19-year-old women dubbed the "Barbie Bandits" were arrested after robbing an Atlanta Bank of America and taking home about $11,000. A surveillance camera caught photos of the young women wearing jeans and designer sunglasses, as ABC News reported at the time. They admitted to plotting with a teller to rob the bank and then using the money for a shopping spree.

Ashley Miller pleaded guilty to theft and drug charges and was ordered to serve two years of a 10-year sentence, according to Fox News. Heather Johnston also pleaded guilty and was sentenced to 10 years' probation.

More like this
6 Organizations Fighting Police Brutality That You Can Support Right Now
By Syeda Khaula Saad and JR Thorpe
The Dog & His Handler In 'Gunther’s Millions' Are Worth, Well, Millions
By Gretchen Smail
A New Netflix Doc Will Explore The Unsolved Murder Of Jill Dando
By Sam Ramsden
This First Look At 'The Gold' Shows Jack Lowden In A Whole New Light
By El Hunt and Sam Ramsden
Get Even More From Bustle — Sign Up For The Newsletter
From hair trends to relationship advice, our daily newsletter has everything you need to sound like a person who’s on TikTok, even if you aren’t.