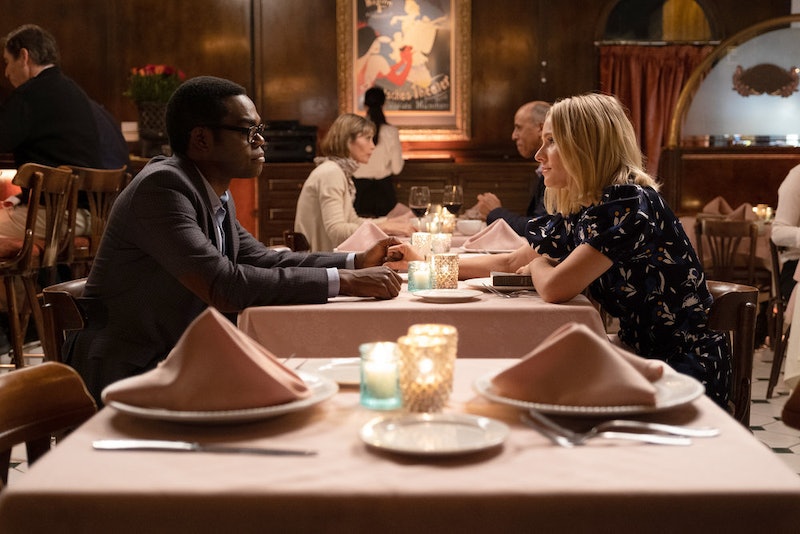 Spoilers ahead for The Good Place series finale. Ever since its story-upending Season 1 twist, The Good Place has continually reinvented itself and kept viewers on their toes. It tricked us into thinking the Bad Place was the Good Place, sent the humans all back to Earth, revealed they'd been living out their afterlives within a long-broken system, and then saw them valiantly remake that system into an effective one, all while becoming better people and forging some of the most beautiful friendships on television. It was both a surprise and a relief, then, that The Good Place series finale was without a single gimmick, instead serving as one big, sentimental love letter to the characters and the world that they'd created with one another.

"It felt like this perfect goodbye," Ted Danson said of the finale during Late Night with Seth Meyers, which aired immediately after the episode abruptly ended 15 minutes before the scheduled time. "It was sad but uplifting, and kind and gentle and sweet. It was kind of everything."

The expansive, 80-minute finale allowed fans to say goodbye to each character one by one, every time getting progressively more emotional. Once each person felt they were at peace, they walked through an idyllic archway in the forest. Nobody knew what, if anything, was on the other side of the door — including the all-knowing Janet — but they did know when it was time to go. Jason described it as an utter calmness — a feeling as if the air inside his lungs was the same as the air outside his body.

As Chidi explained to Eleanor before he, too, stepped toward whatever was waiting on the other side, Buddhists believe that death is like the ocean, and each person a wave. When someone dies, the wave simply returns to the water, where it came from. As Eleanor said, "The true joy is in the mystery." The same is true for Michael, who finally became a real human and went to Earth to live out his last days. He doesn't know if the afterlife system will be the same by the time he dies, but in his words, that's what makes it special.

For star Kristen Bell (Eleanor), it's an ending that serves as an apt metaphor for the uncertainty of life — a theme that has always underscored The Good Place, and which brings the story full circle perfectly. "There's this beautiful thing you can do as a writer that they did on this show, which is, like, the show ended too soon," she said on Late Night. "[We] maybe wanted more of it, [but] that's just what you get. It's a little too short. It's a lot like life."

Ultimately, throwing in another twist would have been the most expected thing for a consistently unexpected show to do, and subverting expectations is always what has made The Good Place great. If doing so also means we got a sweet-as-hell goodbye to a genuinely unforgettable show, all the better.